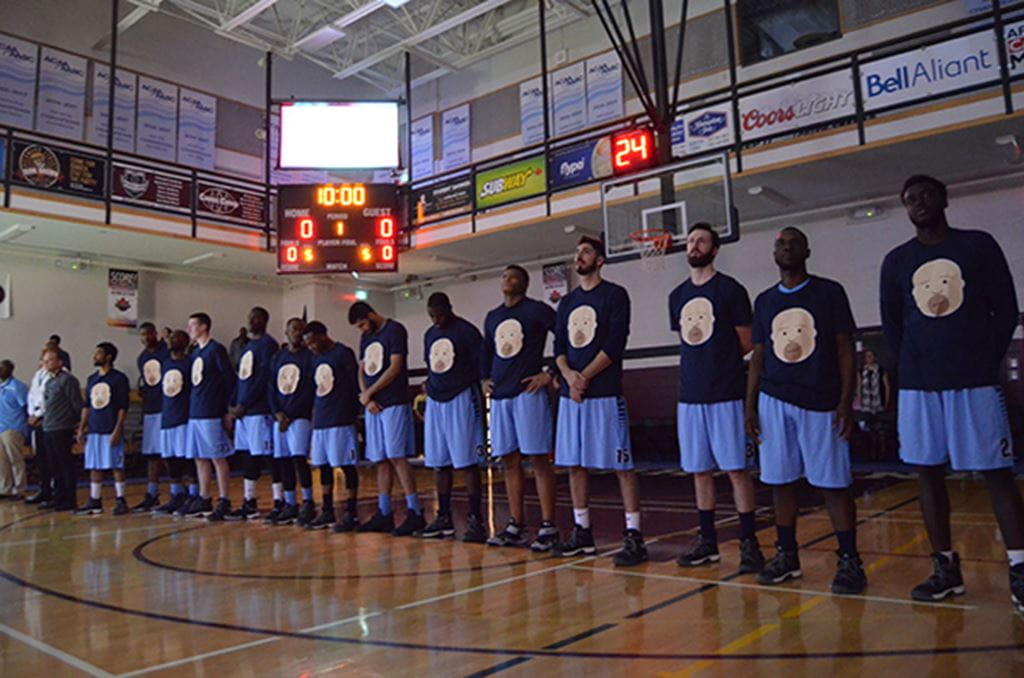 The Sheridan Bruins men's basketball team capped a banner season by adding a national silver medal to the OCAA Championship they won two weeks ago, after reaching the national championship game at the CCAA Men's Basketball Championship, hosted by Holland College in Charlottetown, PEI.

"We had a really successful year," assistant coach Nick Davis said. "I'm really proud of the effort the guys made and hopefully they take away that they did something special this year in terms of how well they played, how well they bonded and how well they represented Sheridan College throughout the year."

The OCAA championship, won in thrilling fashion at Centennial College on March 4, was the 12th provincial crown for the team, while the CCAA silver medal finish gives the Bruins nine national medals in their history with two gold, four silver and three bronze.

The Bruins completed their season with an overall record of 36-4 and went undefeated in OCAA play at 19-0 for the first time in school history and, including exhibition games, had a perfect 28-0 record against fellow OCAA member institutions.

Head coach Jim Flack was named an OCAA Coach of the Year for the 11th time in his 25 year career.

After the OCAA victory, the Bruin triumph was profiled on Open Gym on NBATV Canada and Periana and assistant coach Nick Davis were interviewed on Home Court on TSN 1050 in Toronto.

A fixture of mental health and wellness on campus

A bench unveiled on each of Sheridan’s campuses will serve more than just a functional purpose. The Friendship Bench, as…