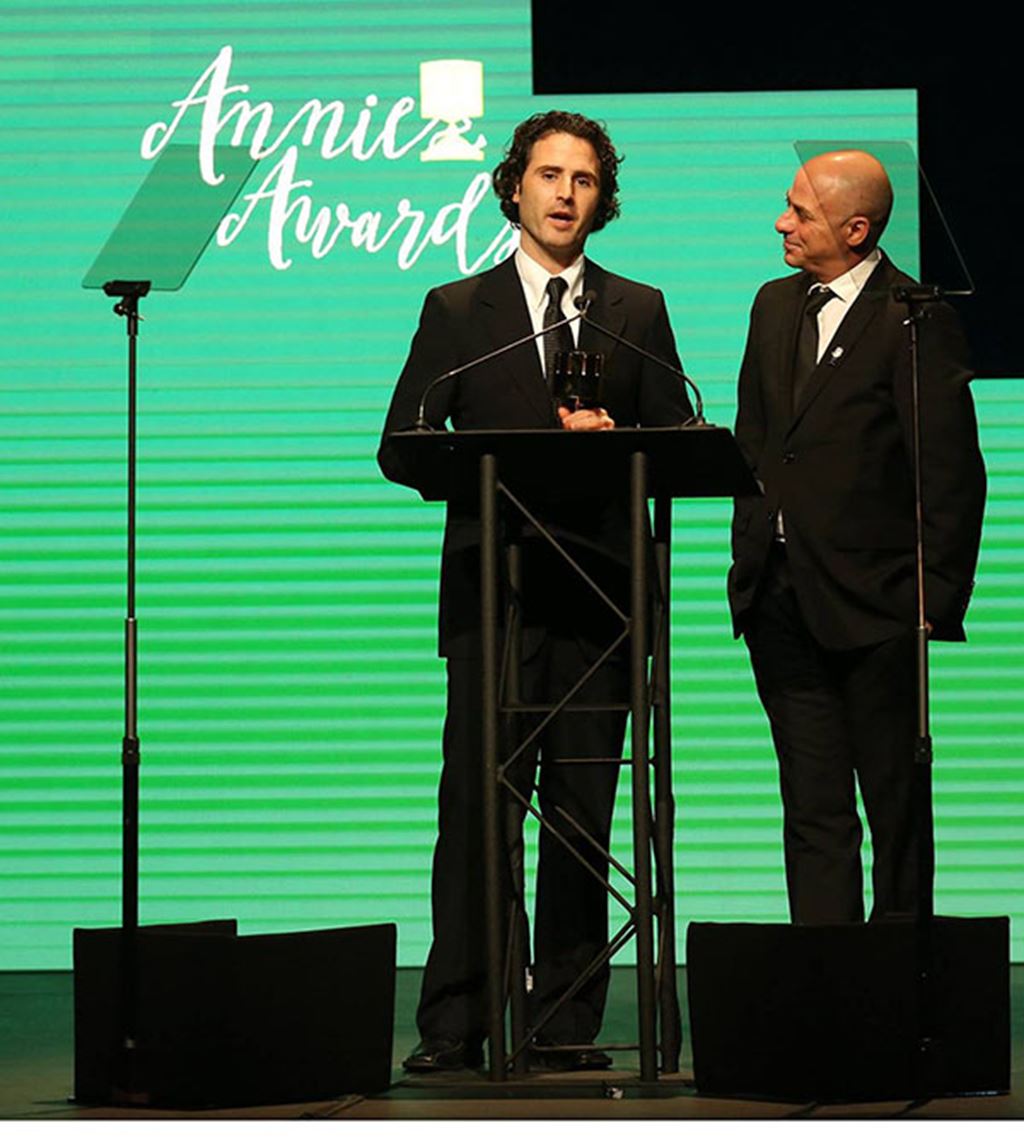 Alumni from Sheridan College’s renowned animation and film programs were honoured this weekend at the 44th annual Annie Awards in Los Angeles, California. The awards are the top prize given out by the International Animated Film Society to recognize excellence.

Trevor Dalmer, (Bachelor of Animation, ‘09) won for outstanding achievement, production design in an animated feature production category, for Kubo and the Two Strings.

Mike Marcuzzi (Media Arts, 2004), for his work on Dr. Strange. He won the outstanding achievement, animated effects in a live action production category.

“We are very proud to celebrate our alumni’s work. Achievements like these confirm Sheridan’s reputation for producing strong, talented animation graduates,” says Angela Stukator, Associate Dean of Animation and Game Design at Sheridan. “The largest studios in our industry, including Disney and Pixar, continue to seek out our graduates for their skill, knowledge and passion to create high-quality animated films.”

Barillaro is also nominated for Best Animated Short in the upcoming Academy Awards, to be presented on February 26.  In addition, alumni worked on three of the five films nominated in the Best Animated Feature Film category, including Moana, which alumnus Chris Williams co-directed.

At its Davis Campus in Brampton on June 6, Sheridan announced a new partnership with Patheon Inc., a world-leading pharmaceutical company with locations in Mississauga and Whitby.