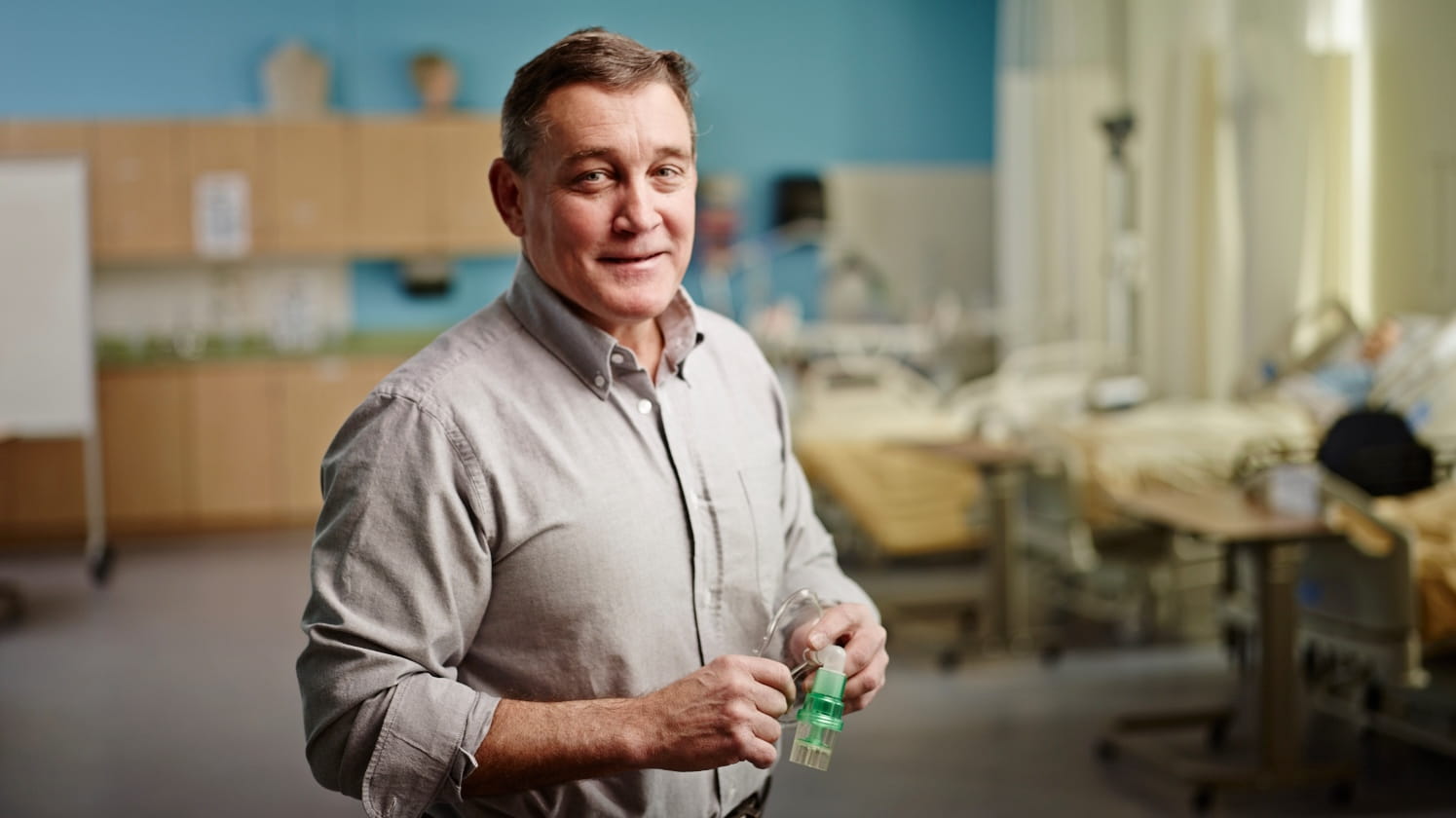 As Julius Hajgato’s career demonstrates, ingenuity can travel across industries. Since 1981, when he graduated from Sheridan’s engineering technology program, his innate drive to do things differently has been a distinguishing hallmark of his career.

Hajgato was a plant manager at a plastics firm when he started making systems-level improvements to its operations. Bringing knowledge from his former roles as a process and manufacturing engineer, he began modifying the electronics and design of the machinery to increase efficiencies.

It was this flexible mentality that later got him a job as an environmental services director in a long-term healthcare facility. Its owners were looking for an outsider to tackle challenges like the need to prevent Alzheimer’s patients from leaving the building.

He developed a ‘wanderguard’ system, featuring a device disguised as a watch that was gifted to the patients. Its embedded sensors would trigger exterior doors to lock if a person wearing it got within range. Hajgato made his way on to a medical device manufacturing company, first as a project manager and later an R&D program manager. He played a key role in the development of an oxygen delivery device that mimics the design of a headset – as well as the open-concept OxyMask that “defies logic to look at, but works physically,” a nebulizer mask for drug delivery, a sterilization case, a bite block and a surgical scalpel adapter.

His ingenuity earned Hajgato a 2012 award from the Ontario Association of Certified Engineering Technicians and Technologists, as well as eight patents (and one pending), all of which were the result of his affinity for tweaking and designing.

He has a knack for visualizing how easily a product can be manufactured, and his constant resourcefulness allowed him to teach himself any missing pieces – such as the latest advances in plastics, how oxygen flows, or how to use engineering simulation software.