How does the act of bullying change as we age?  How can we support the older adults who experience bullying from their peers, and how can we help those who bully move past these behaviours?

A Sheridan research team partnered with community stakeholders and the Centre for Elder Research to better understand senior-to-senior bullying in Ontario, and created a toolkit with practical strategies for preventing and targeting bullying behaviours. The project was led by Dr. Kirsten Madsen, an accomplished researcher and developmental psychologist with a background in anti-bullying strategies.

The project began in 2016, when Elder Abuse Prevention Ontario approached the Centre for Elder Research with growing concerns about instances of senior-to-senior bullying in the Province, and the lack of evidence-based data to guide an effective response. Pat Spadafora, founder and former Director of the Centre for Elder Research, reached out to Dr. Madsen and invited her to lend her leadership and expertise in anti-bullying research to a dedicated investigation of bullying behaviours among older adults in Ontario.

“We had anecdotal knowledge about senior-to-senior bullying in Ontario, but not the data to back it up,” explains Dr. Madsen. “We needed a clearer picture of how bullying among older adults differs from bullying in younger populations, including a better understanding of motivations, triggers, and barriers to getting support.” 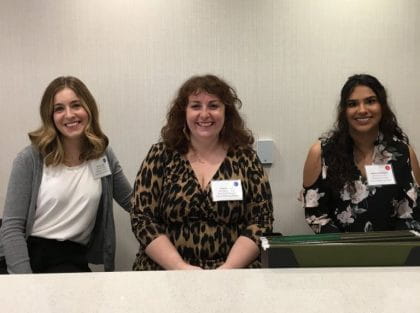 Bullying between older adults is a very serious issue, she explains, because it can lead to detrimental social isolation. Anecdotal evidence indicates that older adults experiencing bullying in retirement and long-term care residences often feel as though they have no way to escape this behaviour, and choose to stay in their rooms instead of engaging with others. Senior-to-senior bullying in the community can further lead to isolation, as older adults can be apprehensive to access shared resources and spaces if they don’t feel safe.

The project team was awarded a federal grant from the Social Sciences and Humanities Research Council of Canada’s Colleges and Community Social Innovation fund, which supported the first phase of their work, in partnership with Elder Abuse Prevention Ontario.

The research team, led by Dr. Madsen and Research Manager, Liza Franses first set out to gather vital data on older adults’ experiences with bullying. They began with a survey of adults over 55 in Ontario, encompassing those living in retirement and long-term care as well as those living in the community, to ensure a diversity of voices and experiences. The survey was conducted with the support of Rebecca Rodrigues and Jordyn Sousa, two Sheridan students from the Social Service Worker – Gerontology program.

Over 680 older adults responded to the survey, and the results yielded some surprising findings.

Compared to the 69% who felt upset or extremely upset at being bullied, 77% of those who actually engaged in bullying behaviours indicated that they found the experience upsetting or extremely upsetting. “This statistic gave us a lot of confidence to tackle the issue,” said Dr. Madsen. “It revealed that bullying is upsetting for everyone involved, and that there’s a lot happening beneath the surface.”

“This project is about empowering older adults…It’s so important to give them the tools and skills they need to recognize this behaviour, and the support to stop it.” – Dr. Kirsten Madsen

The wealth of data gleaned from the survey provided a solid foundation for the next step in the project: a series of four “think tank” workshops across southern Ontario, which brought together a wide representation of stakeholders. Participants included administrators and staff at seniors’ residences, members of the police, and community agencies, many of whom were also older adults.

The Sheridan research team facilitated these workshops together with Elder Abuse Prevention Ontario. During these workshops, participants discussed the survey results and emerging themes, and then began to translate these results and themes into practical response strategies and tactics. 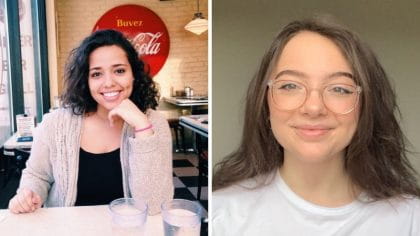 The toolkit contains information to help older adults and their caregivers recognize bullying behaviour, strategies for targets of bullying to identify and connect with allies for support, and tools to help older adults who engage in bullying better understand what triggers this behaviour, and identify how they might act differently. The toolkit also includes vital guidance for those who witness bullying, to encourage them to report it safely.

The first phase of the project has helped Dr. Madsen and the research team begin to unpack some of the complex reasons behind bullying among older adults. She suggests these instances of bullying may be rooted in a desire to modify the actions and behaviours of fellow older adults. In some cases, bullying may also be a result of living in a confined space, with limited shared resources.

Dr. Madsen is eager to further explore these theories as part of the next phase of the project, which has already received funding from the Natural Sciences and Engineering Research Council of Canada for an additional three years. In partnership with the Centre for Elder Research, Elder Abuse Prevention Ontario and the Bob Rumball Canadian Centre of Excellence for the Deaf, this next stage will include testing the toolkit within a series of seniors’ residences in Ontario. The research at these retirement homes will begin when Public Health officials confirm it is safe to do so.

“This project is about empowering older adults and giving them the support to say, ‘this is what’s happening to me, it hurts, and it’s wrong’,” says Dr. Madsen. “It’s so important to give them the tools and skills they need to recognize this behaviour, and the support to stop it.”

The complete toolkit is available for download on SOURCE, Sheridan’s repository of scholarship, research, and creative activities.