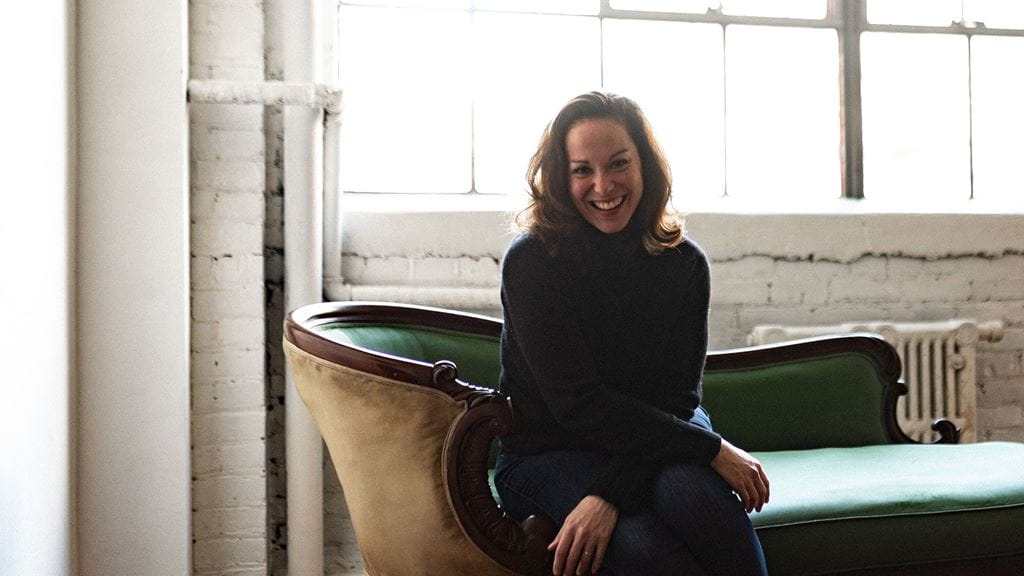 “It’s one of the most incredible art forms. People can go to the theatre and witness someone else's life experience and identify with them. I think it really can create empathy and hopefully, change,” she says.

She also recognizes that everyone, not just the actors, who brings stories to life on stage has the power to effect that change. In the spring of 2020, when most of the world was still transfixed by the senseless police killing of George Floyd, Graham and her fellow alumni were on a Zoom call, meeting to reconnect and swap stories from their lives and careers.

“We were having a great time catching up with one another, but then we started talking about George Floyd, and if there was something we could we do as a collective group; whether there was an actionable item that’d help make a difference in our community,” Graham recalls.

The answer they came up with was to try to support young artists from racialized groups who were following in their footsteps as Sheridan students. “We reached out to Sheridan, and a smaller group of us sat down with the Awards Office and said: ‘How do we do this? What kind of difference can we make for future students?’”

Following that meeting, Graham and her former classmates set up an endowment fund to support annual bursaries for students in the performing arts program cluster, who identify as Black, Indigenous, and/or as racialized individuals. While a committee of Graham and four of her classmates is leading the initiative, it is being supported by many Sheridan graduates and industry members. To date, they have raised almost $24,000.

“We're hoping that there'll be two awards, one for a student in technical production and one in performance studies. And eventually, our goal is to provide this support for all their years of education,” Graham says. The group has raised enough funds to be able to offer one scholarship in Fall 2022.

It's not the first time Graham has stepped up to use theatre for the common good. In 2003, as a company member at the Stratford Festival, she helped produce a benefit concert Impulse-An Evening of Original Choreography for AIDS Action Perth and Equity Fights AIDS, which raised $18,000 for the two charities.

“We started talking about George Floyd, and if there was something we could we do as a collective group; whether there was an actionable item that’d help make a difference in our community.”

Recently, she directed and choreographed Back in 59 at The Thousand Island Playhouse. She has won many accolades, including the Dora Award for Outstanding Choreography Musical Theatre/Opera for The Wild Party, which she choreographed for The Musical Stage Company, and nominations for the Merritt Award for Outstanding Choreography for her work in Peter Pan, The Addams Family and Cinderella for Neptune Theatre. She has also directed and choreographed leading productions, including Chicago, Beauty and the Beast, and Mamma Mia! for Globe Theatre.

Passion for the Arts leads to a rewarding career

Graham’s passion for the arts goes back to her early days when she trained to be a dancer and often performed in community theatre musicals. However, she almost gave up on the arts when she got accepted in the science program at Queens and Dalhousie universities.

“I was in my final year of high school, and I was performing in community theatre at the time when they brought in a couple of professionals to work with us. One of them was a music theatre graduate from Sheridan and he advised me to continue with theatre and look into the program there,” Graham recalls. Graham auditioned for Sheridan and once she was accepted, she thought she’d give the program a try for only a year. She soon saw how she could build a rewarding career in theatre, and went on to complete the three-year diploma, graduating in 1995.

“We reached out to Sheridan, and a smaller group of us sat down with the Awards Office and said: ‘How do we do this? What kind of difference can we make for future students?’”

For the next decade, Graham performed across Canada, including the Charlottetown and Stratford Festivals. “I also got to dance in a couple of operas with the Canadian Opera Company, which was really amazing – one of my most favorite contracts ever – as well as some TV and film and commercials. But after 13 years, I was looking for a change. I wanted to expand my knowledge. I started assisting established choreographers and then it just kind of snowballed into some smaller gigs, and then eventually I got some larger jobs. Gradually, I moved into directing as well,” she says.

In 2016, Graham decided to accept another new challenge and took up an opportunity Sheridan offered to Music Theatre alumni to upgrade their diplomas to a degree. Her hectic work life, however, forced her to take a break. When the pandemic slowed her schedule, she decided to complete her program at Sheridan.

Although a return to school as a mature student was a challenge for Graham, she enjoyed her courses, especially the electives outside of theatre. “At first, I only wanted to take courses about theatre, but I realized the electives really expand your knowledge, especially something like Modern European History. So much work that one does as a director involves time period research for the setting of the play,” she says.

“People can go to the theatre and witness someone else's life experience and identify with them. I think it really can create empathy and hopefully, change.”

Graham is also taking on more new challenges by exploring how the digital world can enhance the audience experience, and she recently received a Canada Council of the Arts Digital Now Grant for a dance film that will be released in 2022. Although the pandemic has devastated the arts, it’s also left her with space to think more about the work she would like to do, and it’s reinforced her belief that theatre can be a place that tells stories that reflect many voices.

“I think there's room for all kinds of theatre: there is room and space for theatre that deals with grief; there's room and space for theatre that’s a call to action,” she says. “But I also think that coming out of this pandemic, people are looking to feel joy and theatre, especially musical theatre, is one of the most incredible art forms to express joy.”

Donate to the Class of '95 Bursary Fund.