A community development student by day and a competitive Scrabble® player by night, Shan Abbasi recently combined his passions to help raise money for the United Way. Abbasi, who is finishing his final year at Sheridan put forward a Scrabble® challenge to staff and students. His opponents paid a fee per game and in return were given a shot at dethroning the “Scrabble® King.” In his paper crown and cape he thwarted many a hopeful challenger and never had to concede his prize or title. His most recent victory came against three of his professors who teamed up only to lose by 100 points.

“Regardless of what your opponent is doing and how many points they score, there is always a puzzle for you to figure out” – Shan Abbasi

The allure of the game for Abbasi was a fascination with puzzles and words as a child. His parents taught him how to play Scrabble® at an early age and he was soon defeating them and looking for a more competitive arena. After taking a break from the game, in 2007, he became a member of the North American Scrabble® Players Association and started competing in tournaments. 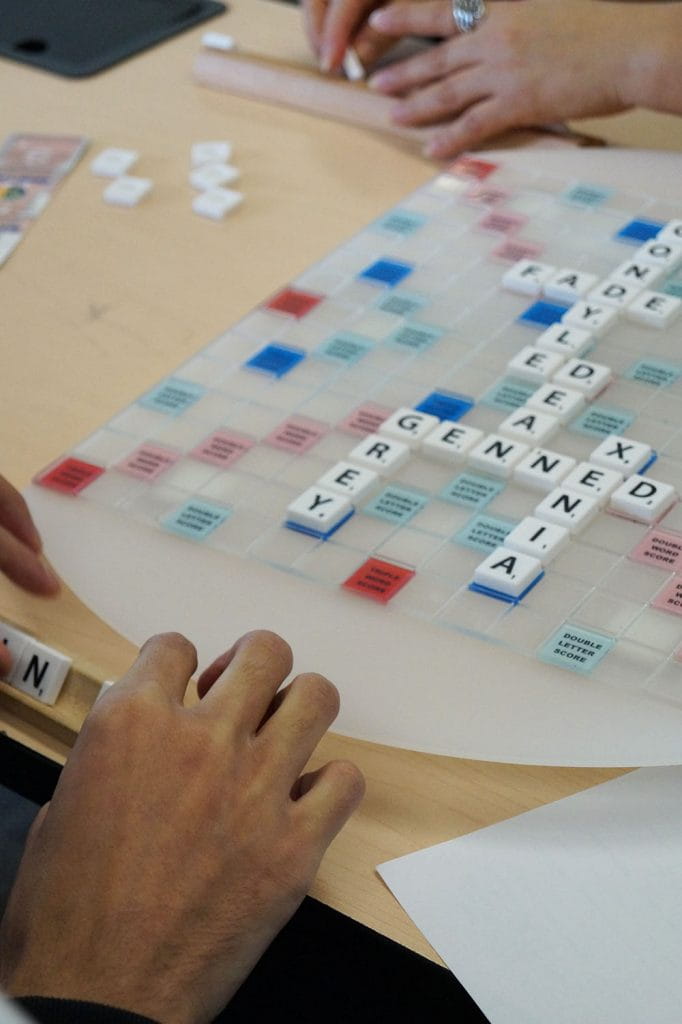 So how good is Abbasi at Scrabble®? He is currently ranked as one of the top 20 Scrabble® players in Canada and maintains his status by memorizing lists of words and the Official Scrabble® Players Dictionary. In his competitive career, at tournaments such as the U.S. Nationals or Canadian Championships, Abbasi’s average score per game is 400 points. In an online game he once hit a double-letter score and two triple-word scores with the word ‘WOOZIEST’ for a personal record of 311 points in one turn.

Despite the rigorous investment in his own game, Abbasi makes time to teach beginners and organize tournaments on a regular basis. He is the director of both the Brampton and Mississauga  Scrabble® clubs, which meet weekly. Although not all of his opponents play at the same competitive level as he, the accessibility of the game for people of all skills levels still makes each game rewarding. “Regardless of what your opponent is doing and how many points they score, there is always a puzzle for you to figure out,” he explained.

Upon graduating in spring 2015, Abbasi hopes to bridge his knowledge from the Community Worker – Outreach and Development program with his passion for Scrabble®. “Community development means helping people live healthier and better lives. I feel that playing Scrabble® is a creative way to achieve this: embracing alternative forms of recreation in a social environment to learn new skills is part of building strong communities,” Abbasi said.

“Scrabble will always be fun for me. It’s an easy game to learn but takes a lifetime to master” – Shan Abbasi

He hopes to continue climbing the rankings in Canada and playing competitively locally and abroad, all while being an ambassador of the game. “Scrabble will always be fun for me,” he explained. “It’s an easy game to learn but takes a lifetime to master.”

Pictured at top of page: Shan Abbasi playing Scrabble against faculty and staff in support of the United Way.