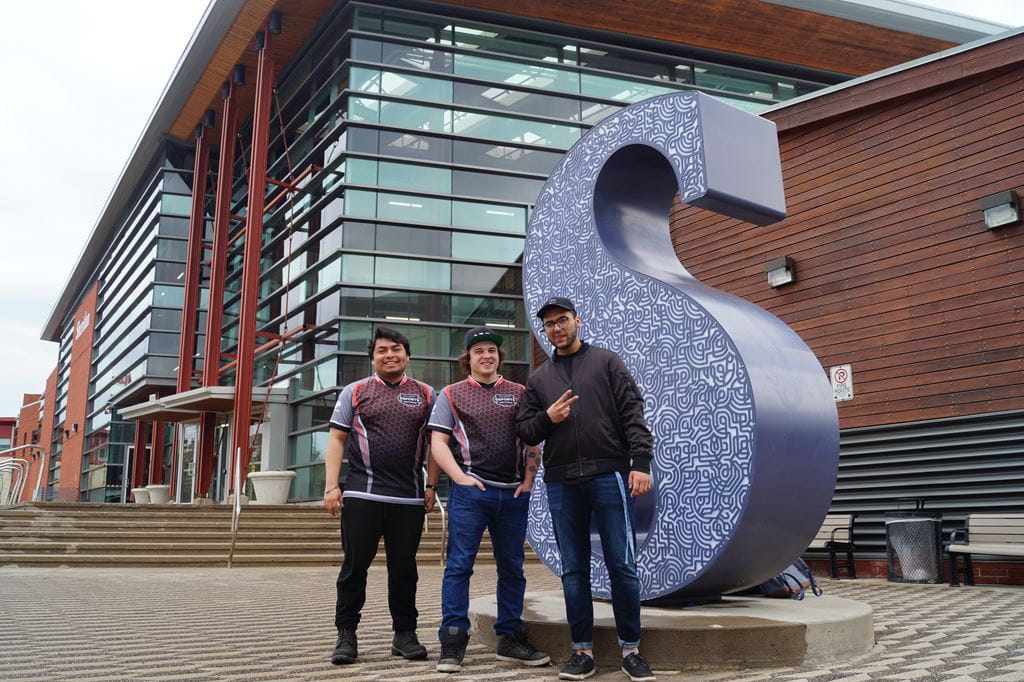 Putting Sheridan on the Esports map

At the inaugural ESPN Collegiate Esports Championship, three students from Sheridan Esports – Lucas “Kauky” Lemmond, Mike “Silver Rupee” Avila Lopez and Tyron “NytroFlare” Trim – made it to the grand finals for Street Fighter V: Arcade Edition. And they did so in dramatic fashion.

After losing their first online qualifying match they faced sudden death in their following three games. On the brink of elimination, down two in the decisive round, they ignited a comeback. Avila Lopez won three matches in a row against Wisconsin University to secure the team a spot in the ESPN event in Houston, Texas. 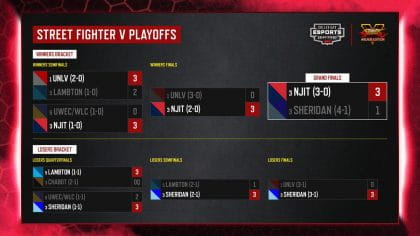 Games like Street Fighter, which were once played in the back of corner stores with spare quarters, are taking centre stage in front of live audiences backed by a $1-billion industry. From arcade to arena, it’s not only the games themselves that have evolved, but the culture that surrounds competitive gaming – esports – has exploded.

Representing the college on an international stage was an unexpected opportunity for the recently revamped Sheridan Esports club. Haris Rehan – its enthusiastic new president who studies in the Bachelor of Interaction Design program – along with a new executive and ever-growing membership, have set the bar high for what’s possible by its squad of talented gamers.

For those unfamiliar with the spectacle that is large-scale esport competitions, it’s comparable to a stadium concert or awards show. Competitors, wearing custom ESPN jerseys, walked a red carpet and posed for photos before entering the George R. Brown Convention Centre in Houston. There are hosts, commentators, top game publishers sponsoring the event, trophies, prize money, cheering audience members and tens of thousands of online viewers.

“It’s the biggest stage I’ve ever been on,” says Lemmond, a Bachelor of Game Design student who has been a competitive Halo player since 2010. “It’s easy to get overwhelmed with nerves, even professional players do, but once you get your mind into the game you don’t think about anything else.” 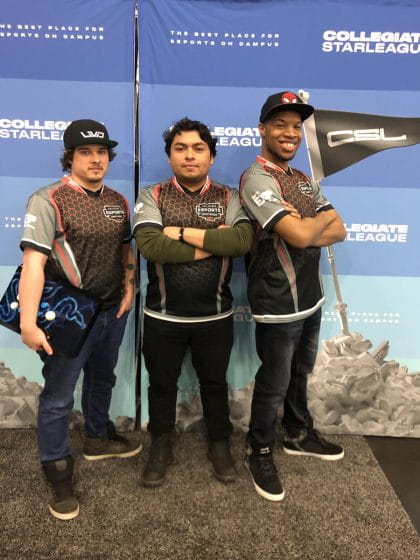 “The adrenaline helps,” adds Avila Lopez, a Finance student, who, in addition to having previous competitive experience in Call of Duty is a commentator for Incendium and has seen all sorts of intense competition play out. “It’s a huge mental game, but it can work in your favour if you can harness the energy in the room.”

Lemmond, Avila Lopez and Trim – a Paralegal student and competitive Super Smash Bros. player – represented one of only three institutions outside of the United States in competition. In the semi-final round they took on Lambton College from Sarnia, Ontario, winning 3-1. In the loser’s final against the University of Las Vegas Nevada they won decisively 3-0. This led to the grand finals, on the televised main stage, against the New Jersey Institute of Technology (NJIT).

The result wasn’t in their favour with NJIT winning 3-1, but the experience was momentous for the players and Sheridan Esports. And $3000 in scholarship money from sponsor CapCom, the company behind the Street Fighter franchise, didn’t hurt either.

Rehan, who was watching the live stream from Mississauga, could barely stay seated watching his members compete. “Seeing Sheridan on this ESPN-televised stage was a defining moment for us,” he says. “It makes you realize how much talent there is on this team.”

Preparing for the big moments

Simply playing a game for hours on end isn’t how esports players prep for competition say Lemmond and Avila Lopez. They rebuke the commonly-held perception of anti-social gamers sitting in front of a console in their parent’s basements.

The world’s top esports players have sports psychologists and dieticians among other staff that work to support them as they train for competition. “Healthy body, healthy mind is the attitude,” says Lemmond. There’s no arguing with them that competitive gaming is not a “real” sport. “There’s strategy and planning, teamwork, technical proficiency and a strong mentality required to continually improve at your game,” says Avila Lopez.

Professional sports organizations like the Houston Rockets and Maple Leafs Sports and Entertainment have their own esports divisions too. “It’s not uncommon for professional gamers to make salaries and sign contracts with big-money partners,” explains Rehan. “And the entertainment factor is there. Some of these players have an unmatched level of skill. It’s easy to get inspired to want to get better yourself after watching a tournament.” 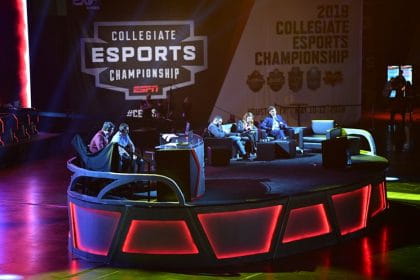 Avila Lopez and Lemmond don’t have personal staff catering to their esports training needs, but they’ve found their own ways to up their game. And it must be working. They’re both ranked number one in Canada for their respective Street Fighter characters. Their prep work includes playing games in training mode, reviewing frame data and analytics and playing a variety of characters to prepare for different situations.

“We take competition very seriously,” says Lemmond. “Being part of the Sheridan scene gives us additional motivation as we are representing the college and have their backing.”

“This is the time for colleges to capitalize on esports,” says Rehan. “The numbers don’t lie. The industry is growing and it’s not going to stop.” Financial opportunities aside, hosting events and finding competition opportunities for students has proven to him and his team of executives that this is a tremendous opportunity for community-building.

And unlike many sports, esports levels the playing field in many ways. “There’s no gender limitation and no divide based on physical abilities,” says Lemmond. “You make an account, go out there and it’s you versus everyone else,” adds Rehan.

“Seeing Sheridan on this ESPN-televised stage was a defining moment for us. It makes you realize how much talent there is on this team” – Haris Rehan

With more students coming out to each Sheridan Esports event they host, Rehan is now focused on finding a suitable space on campus for its members to gather and train. He’s also been dedicating many hours to the launch of a new Sheridan Esports website, drafting a business plan to chart the future of the club, looking out for sponsorship opportunities, finding ways to recruit new students coming into programs in the fall and staying connected with current members on social media.

Collectively, they’re looking ahead to the next ESPN collegiate esports tournament and plotting their way back to the grand finals stage with the hopes of a different outcome.

Pictured at top of page (from left to right): Mike Avila, Lucas Lemmond and Haris Rehan.