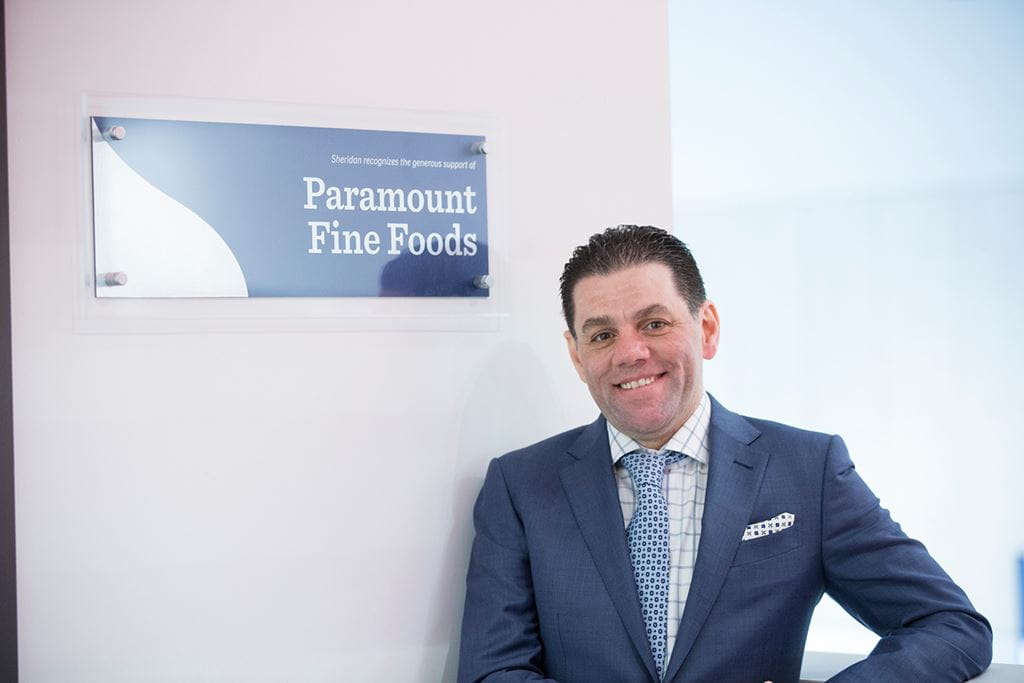 Entrepreneurship, community and giving back: A conversation with Mohamad Fakih

Sheridan is proud to call Mohamad Fakih, CEO of Paramount Fine Foods and a vibrant Mississauga-based business leader, one of our supporters. Driven by a lifelong conviction to give back, the Lebanese-Canadian entrepreneur hopes to encourage fellow entrepreneurs and new Canadians to give back too, and strengthen his community through partnership. Here, he speaks with us about stumbling into your destiny, pioneering a new company in an unfamiliar industry, and how institutions like Sheridan are key to building thriving, competitive cities.

This interview has been edited for clarity and length.

Sheridan: Did you always feel drawn to entrepreneurship, even from the early days of your career?

Mohamad Fakih (MF): Even back when I was still a university student in Italy, I knew that a regular job would never be for me. I first started translating Italian to Arabic for visiting Middle Eastern business people in Italy as a way to make money on the side. Word got around and soon I needed to hire people to help me!  Since those days, I wanted to take everything in front of me and make it bigger, faster, better. It’s been like that all my life.

Sheridan: Paramount Fine Foods was born out of a visit to a struggling Lebanese restaurant in Mississauga in 2007. Tell me about how that visit sparked your vision for Paramount. 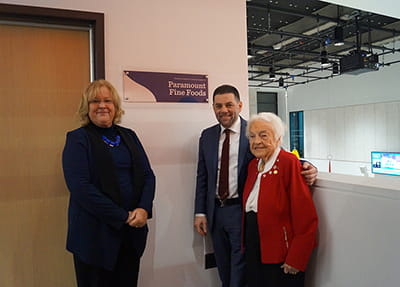 MF: One Friday afternoon my wife told me to go buy a kilo of Baklava. She sent me to a restaurant I had never heard of and could barely find.

When I arrived, I found it wasn’t in great shape. The owner happened to be there and recognized me as a business leader and member of the Lebanese community, and asked if I could help him save his business.  I gave him my card and told him to call me, and just bought my Baklava.

I had been fortunate in business in Canada so far and the very next day, my real estate business made an important sale. My wife told me, “I think that’s a sign that you should help the man from the restaurant.”

To me, giving back is just what’s right. As Muhammad Ali said – “Service to others is the rent you pay for your room here on Earth”.  It’s not charity – it’s a right and a duty.  So I decided to lend the man the money.

“I believe that if your heart is in it, you’ll make it happen, and my heart was in saving that restaurant. There was a reason I walked into that restaurant that first night and met that man.” – Mohamad Fakih

It turned out to be about much more than just a loan. As I got to know his team, I realized many of his chefs had gotten visas just so they could work for him, and would be sent back to their home countries if the bakery shut down. I knew I had to try to salvage it.

As much as I’m known to be a numbers guy, I do believe in ‘meant to be’. I believe that if your heart is in it, you’ll make it happen, and my heart was in saving that restaurant. There was a reason I walked into that restaurant that first night and met that man.

I told the owner – I want to help you, but you better not go anywhere because I don’t even know how to fry an egg!

Sheridan: What was the learning curve like for you, building a business in an unfamiliar industry?

MF:  My motto in life is ‘knowing what I don’t know.’  I knew I would need help and I needed to know the business could be sustainable. I immediately hired two consultancy companies to do a business study. I asked them how a Middle Eastern food chain might fare in Canada if we started with this location. Both companies told me the same thing: there is nothing like this yet in Canada at the level you’re envisioning; it’s going to take years and a lot of hard work and it won’t be easy.  You’re not following someone’s track, like burgers or sushi – you’re forging your own path.

It was very difficult at first – I worked a lot of 22-hour days along with my team. You’re building something with love and care for a full clientele – without necessarily having all the knowledge.  My methodology continued to be about hiring the top, best talent – and empowering them.

I also learned early on that it was important for the surrounding community to connect to the restaurant in order for it to do well. So, we didn’t wait until we became a profitable company to start community partnerships – we began partnering with them and pitching in where possible on day one.

“For me, success has never been about money. It’s about leading by example, inspiring other immigrants like myself who came here to Pearson Airport with nothing in their pockets. I want to challenge them to do even better.” – Mohamad Fakih

Sheridan: What advice do you have for aspiring entrepreneurs, particularly fellow immigrants, who are thinking of starting their own business?

MF: Understand that our diversity and inclusion is one of Canada’s biggest strengths. You should work with and learn from those outside your background as much as possible.

When you come here, put both your feet in Canada, because Canada is worth it. Don’t leave one foot at home. Learn from your past, honour it – but focus on building your life here.

Always have a plan for what you are doing. If you have an idea for a business, run it by other people – and listen to those who may not think it is a great idea right away.

Finally, work for another entrepreneur if you can. Learn everything you can from them – including learning from their mistakes.

Sheridan: You mentioned the duty you feel to give back. Is this tied to your culture or religion?

MF: It’s just how I was brought up. I believe that if I’m blessed in any way, I have to give back. I have learned from my parents, my religion and my country, Canada, how important it is to give back. When I came to Canada, this community helped me, even when I didn’t know what I was doing and I had almost nothing. Whatever I give back today, to me it’s it is just a portion of paying back what I was given.

I believe that when you’re given any type of gift, whether it’s wealth, strength, or intelligence – it’s a huge responsibility to give back. And that doesn’t necessarily mean money. It means giving back your time.  When I first came to Canada, I used to volunteer at North York Hospital one day a week. It was so much fun.

I’ll always remember, Mayor Hazel McCallion came to my first Paramount restaurant and told me it was going to be something big one day – and at first, I really didn’t believe her!  She also told me, “we built Canada through people like you giving back to the community. You’re going to do well, because you give from your heart.”

For me, success has never been about money. It’s about leading by example, inspiring other immigrants like myself who came here to Pearson Airport with nothing in their pockets. I want to challenge them to do even better.

Sheridan: How do you remain connected with the middle-eastern community here in Mississauga?

MF: I am proudly Lebanese-Canadian. I want to showcase our community, I want to share my story with fellow immigrants to inspire them to love this country even more, to have hope when times get hard. I try to lead by example. I celebrate with every community – as I think all Canadians should do. I’m often at community events here in Mississauga. You have to be part of the whole mosaic, work in harmony and celebrate with everyone. It’s one of the things I love about this city – it’s easy to do that here.

MF: I first got involved with Sheridan through that troublemaker, Hazel McCallion! We’ve been friends for 15 years.

When people think about what makes a great city, they often think about its parks, roads, highways, airports. I think what truly makes a great city is its people. The only way you build a community of great people is through strong schools and making good education available. Postsecondary institutions are very important. Sheridan’s campus in downtown Mississauga is so important for the city.

Today the big global race is for talent. The only way we build talent is by providing students with the best possible experience – the expertise of professors, educators, the example of successful alumni and entrepreneurs around them… and that’s what Sheridan does.

“The only way we build talent is by providing students with the best possible experience – the expertise of professors, educators, the example of successful alumni and entrepreneurs around them… and that’s what Sheridan does.” – Mohamad Fakih

Sheridan: What do you see as the benefits of giving to an institution like Sheridan?

MF: It’s about changing society by providing more opportunities for everybody. You build more prosperous, creative, liveable, knowledgeable communities by attracting and supporting human talent through institutions like Sheridan. That leads to more people coming to live here, starting businesses here, investing in the city, raising their families, all because they first came to study here and they built friendships.  I always say – when you build friendships, you build partnerships, and when you build partnerships, you build a community.