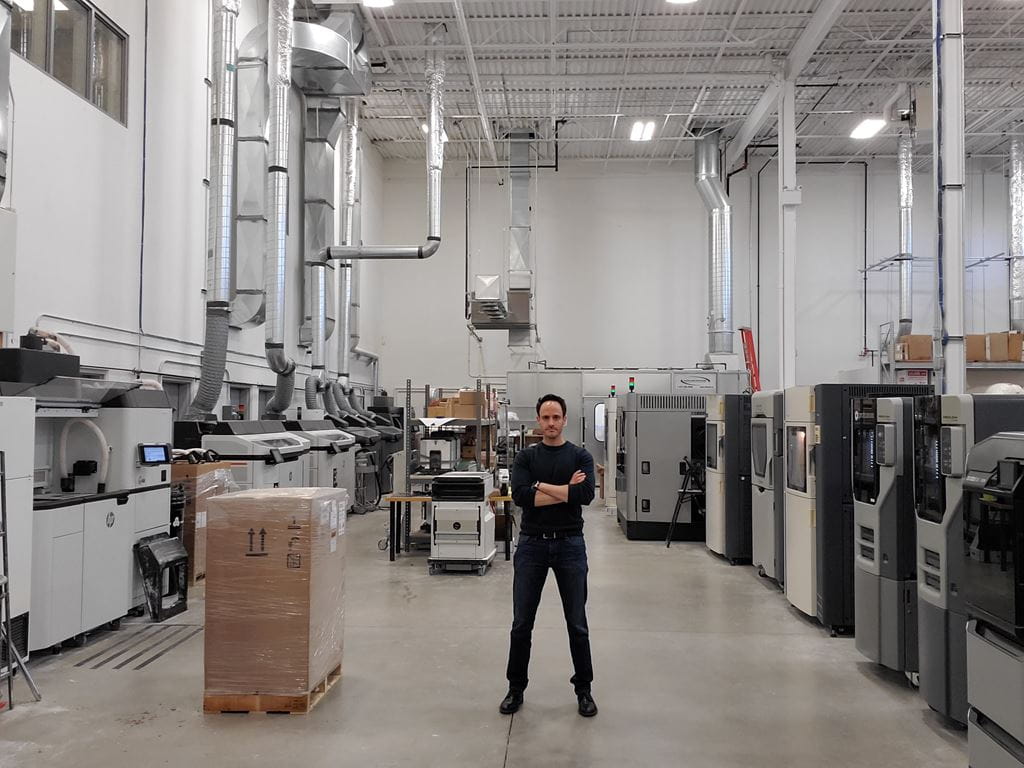 In fact, he came to Sheridan’s Mechanical Engineering Program because he wanted to spend time getting hands-on and real life (co-op) experience to better prepare for life after school.

Today, as the Co-Founder and President of advanced product development, metrology and additive manufacturing solutions company Proto3000 Inc., he puts his passion for problem solving into practice on a larger scale. Offering a full line of 3D printers, 3D scanners, and end-to-end software integration solutions, Geiger and his team use state-of-the art additive manufacturing and metrology technology to help clients solve tough engineering and manufacturing challenges. In laymen’s terms, he’s still solving problems – now, he just taps cutting-edge technology to do it.

Geiger met his business partner, John Frangella, while completing his first co-op placement early on during his Sheridan studies. The pair bumped into each other again soon after Geiger’s graduation and Frangella, recalling Geiger’s engineering acumen, asked if he was interested in a new initiative tapping the power of 3D printers – a technology then new to the market. 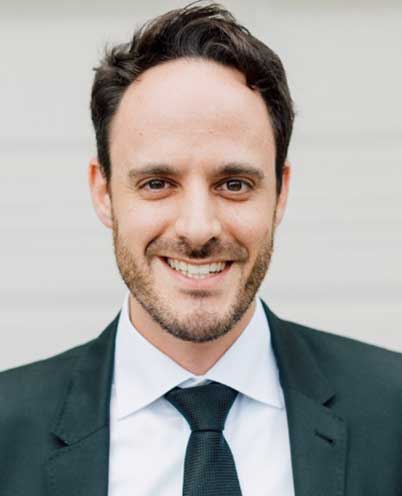 Fortunately, after its 2007 launch, Proto3000 expanded alongside the growth of additive manufacturing. And as different industries became more aware of 3D printing and 3D scanning capabilities, more companies were open to inviting Geiger and his team over for demonstrations.

“That first year was very challenging, and more than anything, we were blessed to have incredible people join our team early on who believed in our vision,” says Geiger.

It was all hands on deck in those early days. Geiger recalls that the first employees he hired back in 2007 – including fellow Sheridan Mechanical Engineering grads – were hired as engineering project managers, but were also trained in the company’s accounting system, operations and logistics.

“It’s the nature of being an entrepreneur that, at the beginning, everyone has to cover a lot of bases,” says Geiger. “Today, we have a dedicated engineering department, sales & marketing teams, technical support group, production systems operators, logistics team, accounting team, etc. We’ve streamlined our internal processes. But at the start, you wear a lot of hats…and then slowly but surely, I would take a hat off here and there, and pass it on. But it took time.”

Based in the Vaughan, Ont. area, Proto3000 initially targeted manufacturing companies. Knowing that many of his potential clients couldn’t necessarily visualize how to apply 3D printing to their own business, Geiger would earn trust by offering a full analysis: for an automotive supplier, for example, he would ask the company for details about a specific product. How long does it take to produce? What is the cost per unit? How often do you have to produce this part? Then, Geiger and his team would take that part, 3D print it for free, and be able to showcase the cost and time savings 3D printing could afford.

“It was a bit of handholding initially, but that process made companies excited about the 3D printing process and realize its value,” says Geiger.

Over the years, Proto3000 has grown substantially, serving companies in the fields of aerospace, automotive, manufacturing, education, consumer products, and medical. Geiger is particularly proud of the company’s entry into the dental industry, offering dentists the ability to take 3D intraoral scans in place of traditional molds, where restorations can then easily be milled or 3D printed. He’s also moved into 3D printing different prosthetic devices.

The COVID-19 pandemic has prompted Proto3000 to pivot even more into medical, securing contracts to 3D print hundreds of thousands of units of face shields and other PPE.

It’s a different market from the one Geiger entered 10 years ago, when he had to justify the potential of 3D printing. But today, he’s facing a different challenge: 3D printing has become so popular that Proto3000 has to differentiate itself based on quality, technical support and service.

Continuing to offer additive manufacturing solutions, and selling printers that range from $5,000 to over $1-million, Geiger says Proto3000 has had to reinvent itself, putting greater investment in the strength of its sales and marketing teams and ensuring that Proto3000 is known for the quality of its products and customer experience. What’s more, Geiger has to keep up with an industry that’s evolving so quickly that many products become outdated within a year or two.

“We always strive to be better and reach new goals, and I don’t like sitting still or feeling comfortable…so although we have surpassed our original vision many years ago, we’ve also continued to evolve, and set new milestones as we go,” he says.

Alongside the technological achievements, Geiger says one of the accomplishments he’s most proud of is seeing his teammates and employees grow and evolve with the company and achieve their own personal goals.

Many were hired straight out of college, Geiger says the majority of Proto3000’s early hires were Sheridan grads. “Seeing them develop and mature, it makes it worthwhile knowing that someone’s excited to jump out of bed every morning and go to work to continue to build our vision,” he says.