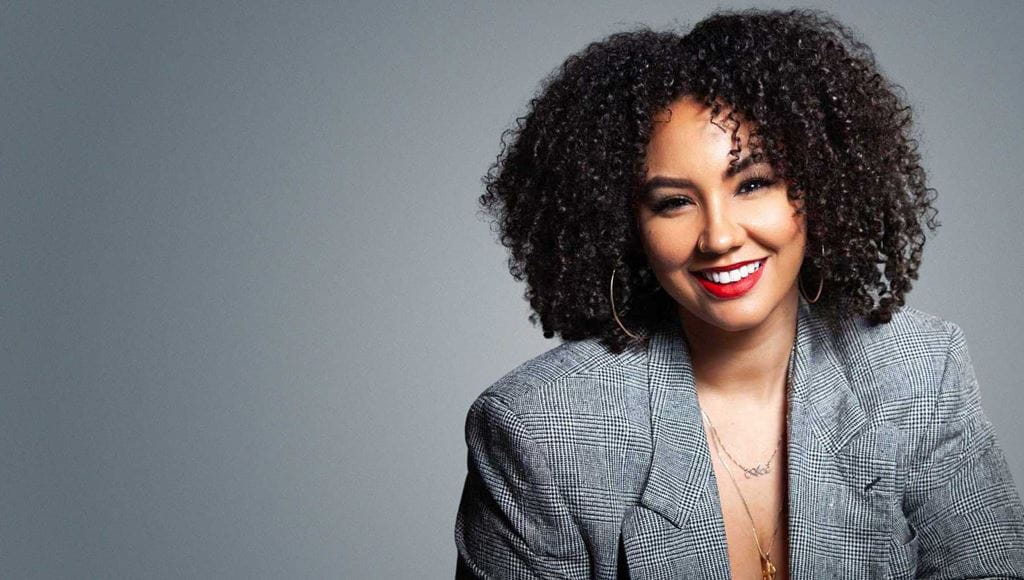 Lessons from the basketball court

Alicia “Ace” West (Advertising ’10) says the most important lesson she learned at Sheridan came on the basketball court. As a centre on Sheridan’s provincial champion-winning teams in 2008 and 2009, she learned plenty about the elation of winning, and the frustration of losing. The best advice she took away, though, was the mantra of her coach Shane Bascoe: you can never master every position on the court - so figure out what you’re best at, perfect it, and then use your talent to elevate the team around you. 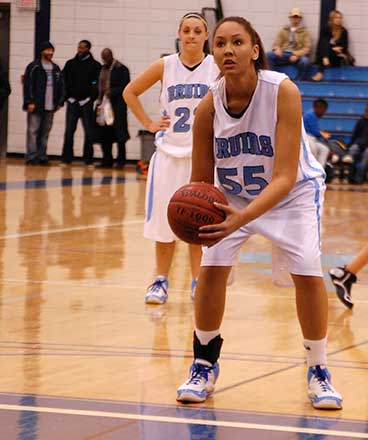 That ethos has stayed with her. Today, West’s strength is her voice and her ability to bring people together. To do that, she relies on her many connections across the music industry. Since graduation, West has worked in marketing, as the midday host on Toronto radio station Flow 93.5, hosted events including the Black Arts & Innovation Expo and Toronto Festival of Beer, appeared on entertainment shows like TMZ Live and The Source, and she was a judge at the 2019 Juno Awards.

On the side, she plays the “Ace” in her lifelong nickname into a mantra of positivity and passion as a brand influencer for Nike and Puma on her Instagram page. Plus, she is co-host of several podcasts that tackle issues in the Black community: Extra Gravy, and Millennials 2 Millionaires.

“Having my (teammates), and having those coaches was so crucial to my life at that time. It really taught me a bunch of fundamentals that have helped me succeed in life.”

Her true passion for elevating others, however, shines through her online community Just Ace It. Over the last few years, West has used her voice to create campaigns like #LoveYourzProject - a Valentine’s Day drive to distribute care packages to young moms, and a corresponding one for dads on Father’s Day – and she handed out school supplies during a donation drive in September of 2019. She also hosts an annual brunch to honour individuals who give back to the community, and in early 2021, when COVID-19 put in-person events on pause, she used her birthday as an occasion to distribute gifts to youth in her community.

West’s success today has earned her many awards: in 2019 she was named to the Canada International Black Women Event’s list of Top 100 Black Women in Canada, and she won a Caribbean-Canadian Young Professional award. She credits the support of teammates and coaches at Sheridan as crucial building blocks in that success.

A lifelong basketball player, she had always dreamed of playing in the United States on a scholarship. In grade 12, an injury sidelined her, so she figured she’d return to high school for a fifth year to try again. But she’d also been playing in summer leagues with the Bruins throughout high school, and the coach encouraged her to come to Sheridan instead.

She did – and ended up staying a full three years to finish her advertising diploma, collecting championships along the way. More valuable though, was the support off the court from her teammates and coaches.

“Jim Flack, Wayne Allison, Shane Bascoe. They really pushed me on the court and academically as well,” she says. “Having my (teammates), and having those coaches was so crucial to my life at that time. It really taught me a bunch of fundamentals that have helped me succeed in life.”

By the time she graduated, West was ready to pursue a new goal. As a child, she’d always figured she’d grow up to be a graphic designer or a MuchMusic host. After Sheridan, she felt that same call to pursue a career in the music industry. She did a post-grad certificate in radio broadcasting, and landed an internship at CBS in Washington D.C.

She spent the next few years bouncing back and forth between Canada and the United States, coming home when she had to navigate the difficulties of getting a work visa. By 2014, she was home in the GTA. She enrolled in interior decorating at Sheridan, figuring a career in music might not be possible and it was time to turn back to her interest in design. That’s when she started a decorating blog called Just Ace It.

But she soon realized her heart wasn’t in it. When she found out about Ween Academy in New York City, an organization that helps young BIPOC women break into entertainment careers, she applied as a way to make solid connections in the American music business. She worked on many projects during her time there, including one with Will Smith’s foundation for youth in Brooklyn. She also linked up with a mentor who helped her land a permanent job as an online editor for Radio One in Detroit. She ended up building a name for herself there and went on be named one of Detroit’s 2018 Top 25 Millennials to Watch.

All the while, she kept the Just Ace It platform open, shifting content away from decorating and towards lifestyle, travel and sports. She kept her options and contacts open too, and when Flow 93.5 came calling, she knew it was time to come home. 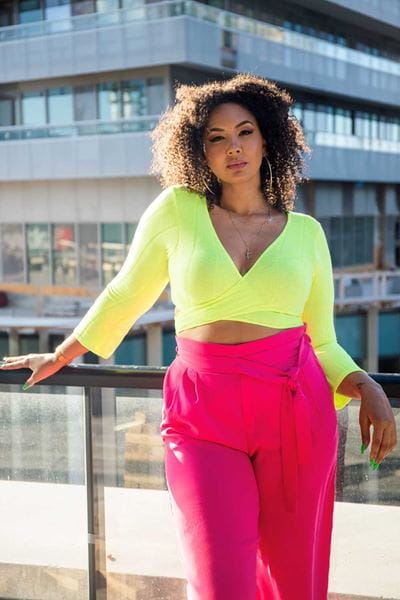 After two years, cutbacks forced that position to come to an end. She turned to working on freelance marketing opportunities and building up her social media presence. She also focused on creating her own content, which she saw as a way to raise awareness of issues in the Black community.

On Extra Gravy- which has earned 1.9 million streams and was ranked #2 Best Black Podcast by Men in 2018 by Podcasts in Color - West says it’s important to her and her co-hosts that they tackle serious issues like racism and politics alongside music and culture. The goal of Millennials 2 Millionaires, meanwhile, is to demystify the financial world.

“All three of our hosts are young and Black. Our goal was to be able to create this conversation that would allow other people like us to get educated,” she explains. “Like with real estate, I knew a bit about it, but I’m the person that’s going to ask the questions so that everyone will know.”

She also continues to raise her voice and call for diversity in the music industry. In 2019 she was a judge for the R&B category in the Juno Awards, and for the Allan Slaight Juno Master Class for developing artists. It’s a task she relished not only because of her passion for music, but because she realized it was an opportunity to use her voice to bolster the presence of Black voices in the Canadian music scene.

“We need more Black people around the decision making team,” she says. “Every time someone hits me up to judge I feel obligated to say yes, to be that representative, because if I don’t say yes, then they’ll replace me with a white person who doesn’t understand what the lyrics are talking about. There are not a lot of Black people in the music industry in Canada. It’s run by a lot of older white males.”

“For me, I’m just trying to push the agenda of helping Black youth as much as I can, no matter where I am.”

Profiling diverse voices has also now become her day job. In late 2020, with much of the media industry suffering cutbacks, she decided to return to a 9-5 job, becoming a marketing manager at Warner Music, blending her passion with music with her marketing know-how. The return to a full-time marketing career wasn’t one she ever predicted she’d make, but the realities of working and living through the pandemic reminded her of how grateful she is. The message she now shares across her platforms is that it’s OK to be flexible and open to change.

“My job that I’m doing right now wasn’t really part of my plan, but maybe there’s a bigger picture,” she says. “Maybe being in this job right now will allow me to better connect and facilitate conversation and open doors for the next young Black person who wants to get in the industry. Or somebody who wants to work on their portfolio, I can work with them … for me, I’m just trying to push the agenda of helping Black youth as much as I can, no matter where I am.”