For Jorian Charlton (Bachelor of Photography ’16), a camera goes beyond capturing images: It tells stories that might have been forgotten; it immortalizes connections of community, family, and a shared culture; it also has the power to lift the cloak of invisibility from a people made unseen over time.

Charlton is using this unique ability of the camera to give authentic representation to Black identity, ethos, and culture. Late last year, Untitled, her 70-ft portrait of a Black woman – her hands on the shoulders of two Black male twins dressed in gleaming tulle with matching pearl necklaces – towered over the financial district. Taking up 3,000 sq. ft. of space, the seven-storey art installation on the façade of a Bay Street building was the centrepiece of ArtworxTO, a celebration of Toronto’s Year of Public Art 2021-22. The three Black faces on the exhibit – majestic, ethereal and with the direct gaze that characterizes Charlton’s portraits – were larger than life, visible and demanding attention in the heart of Toronto.

“I love taking photos of people in my community, to focus on Black people in the most authentic way possible and give them agency over their bodies and their personalities. There’s a difference when a Black woman photographs another Black woman. It is about making authentic connections, capturing different perspectives, whether around friendships, love, or siblings. I like to dive deeper into these narratives,” Charlton says.

In July this year, Charlton yet again claimed space for Black identity in Out of Many, an exhibition at the Art Gallery of Ontario. The show, which now lives on Virtual Gallery TPW, pairs pictures her father Clayton took over a decade beginning in the late 1970s in Jamaica, Atlanta and then New York as the family moved north to Toronto, with her contemporary portraits that reflect the beauty and resplendence of Black culture. The juxtaposition of these two sets of images created an intergenerational immigrant story that resonates with many.

“I guess having immigrant parents, I was always curious about their upbringing or their life before they came here. My intro into the culture was really from my mom. My dad is not really somebody who says a lot. He didn't tell us much about anything, so really, all I have are these photos in his album,” Charlton says. 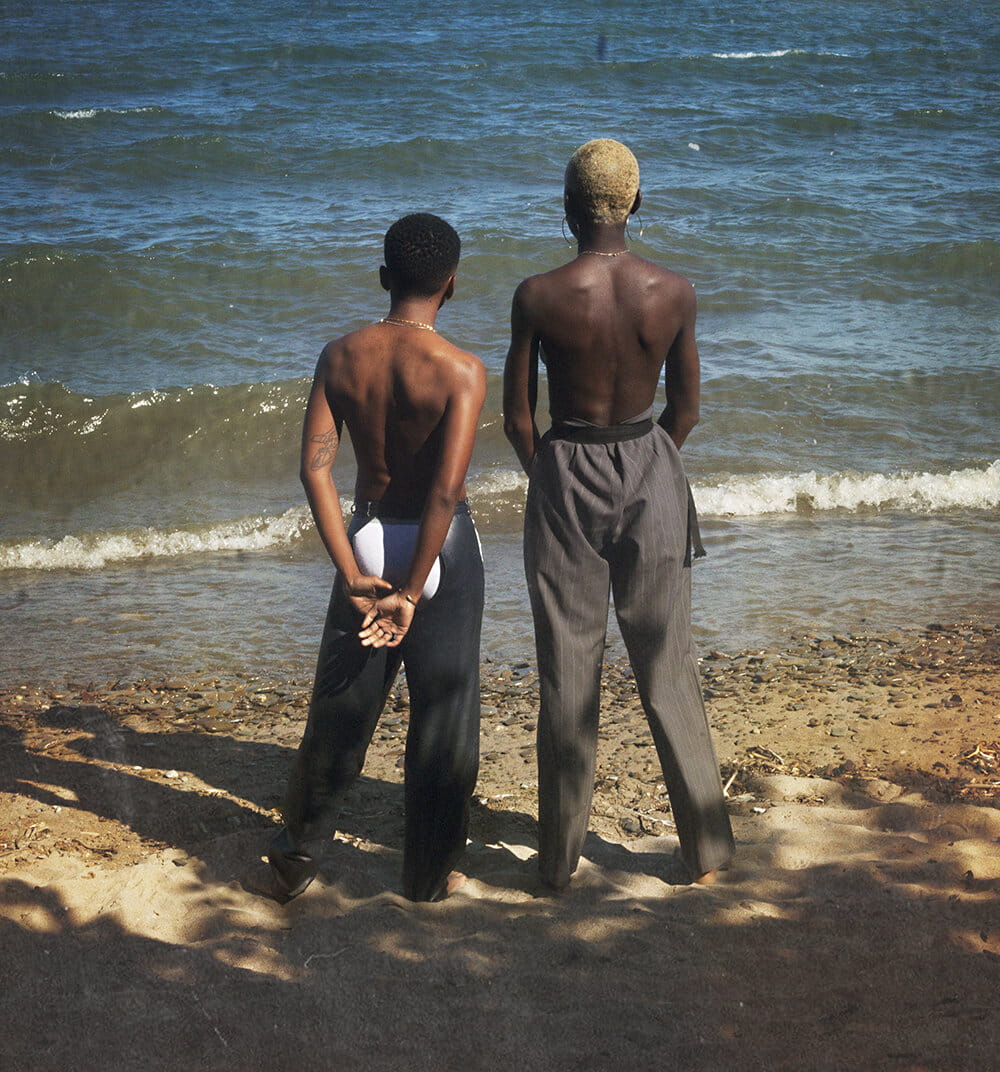 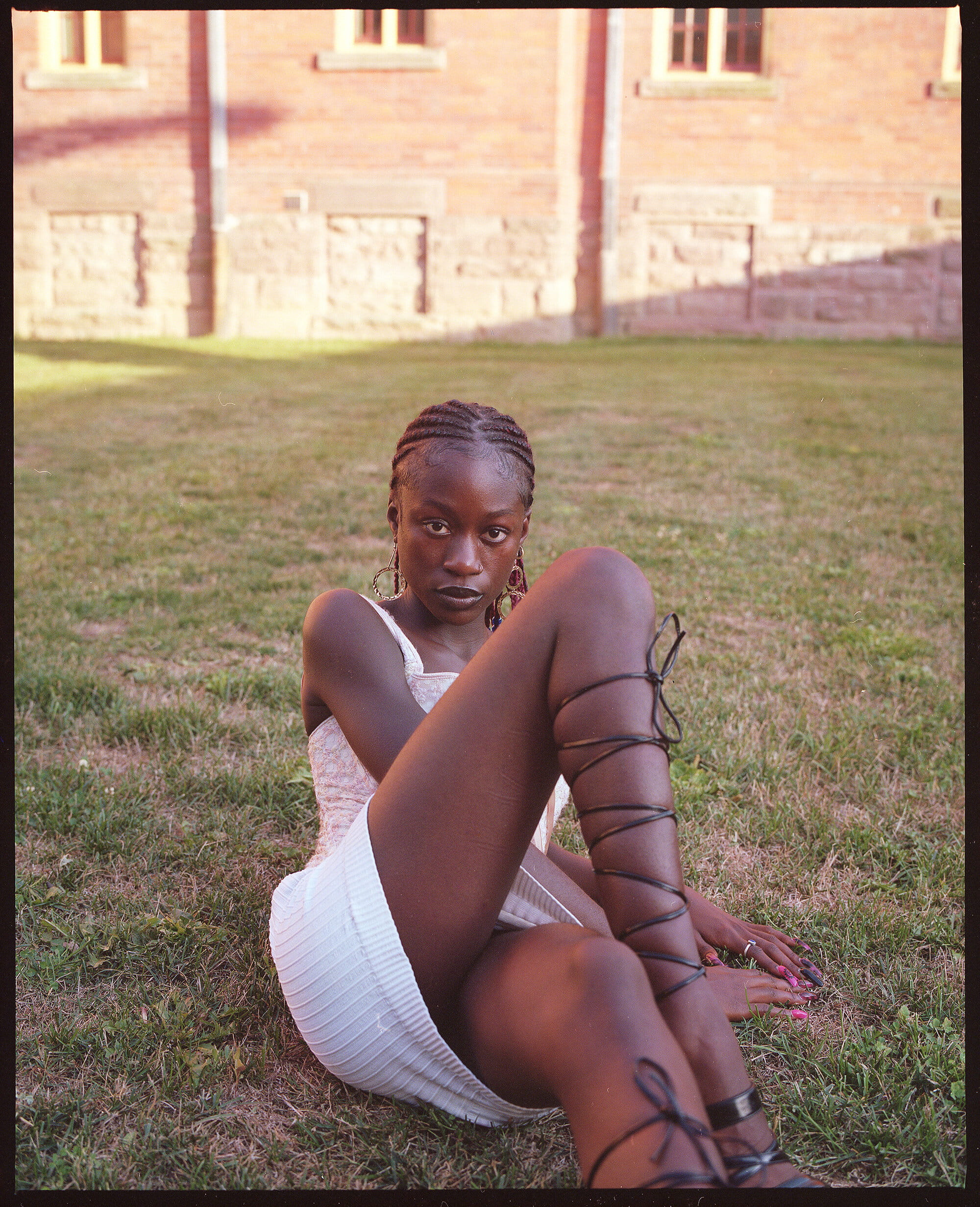 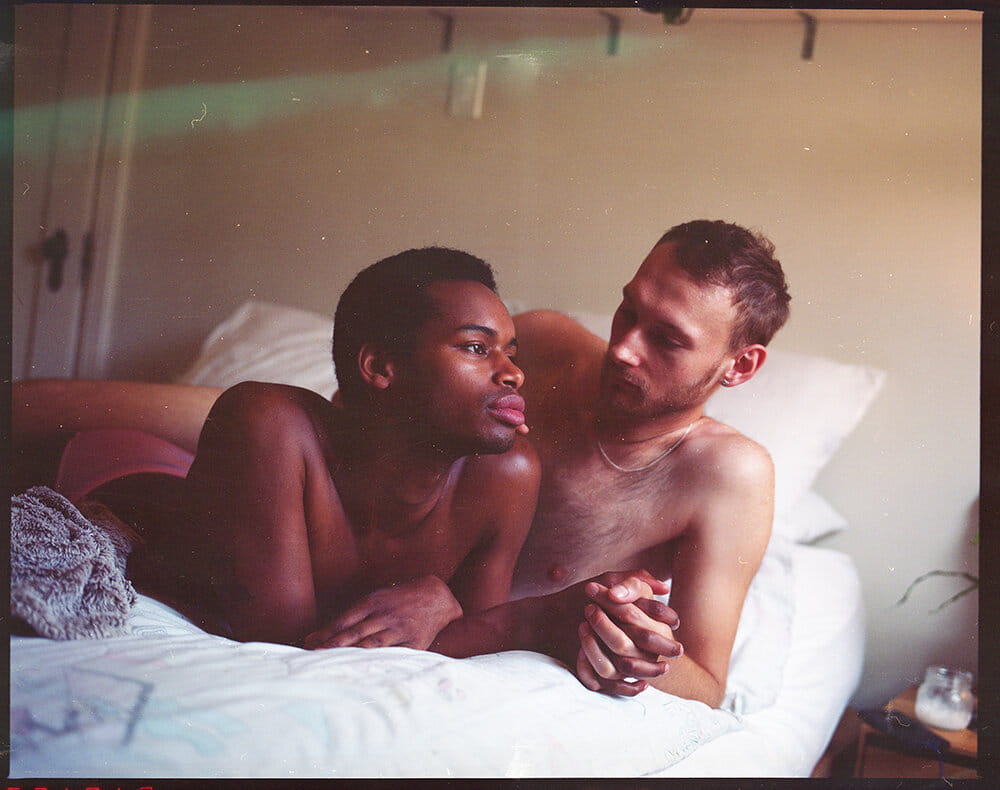 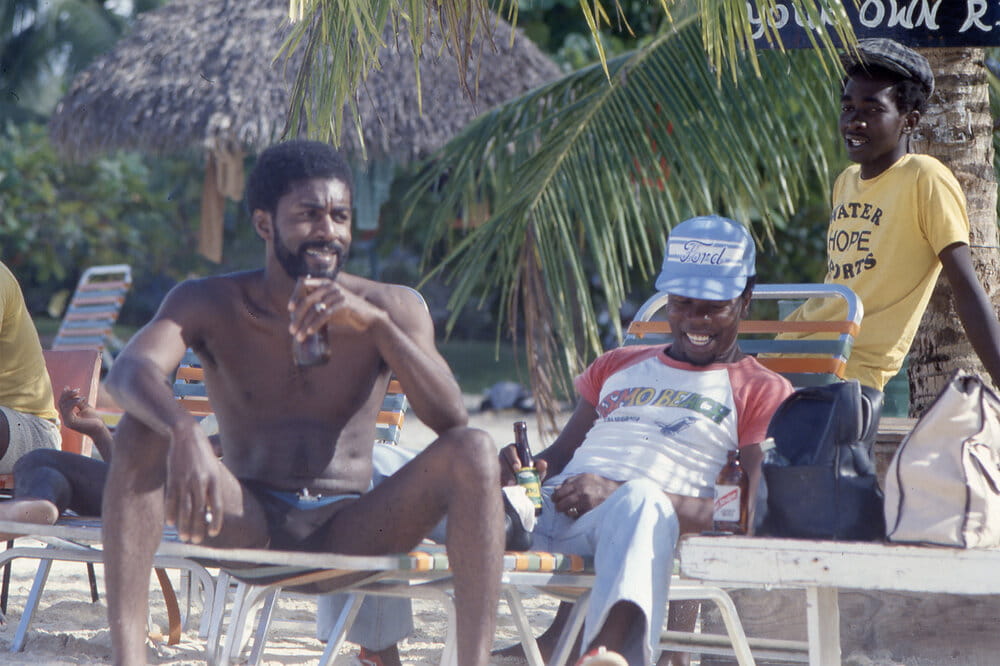 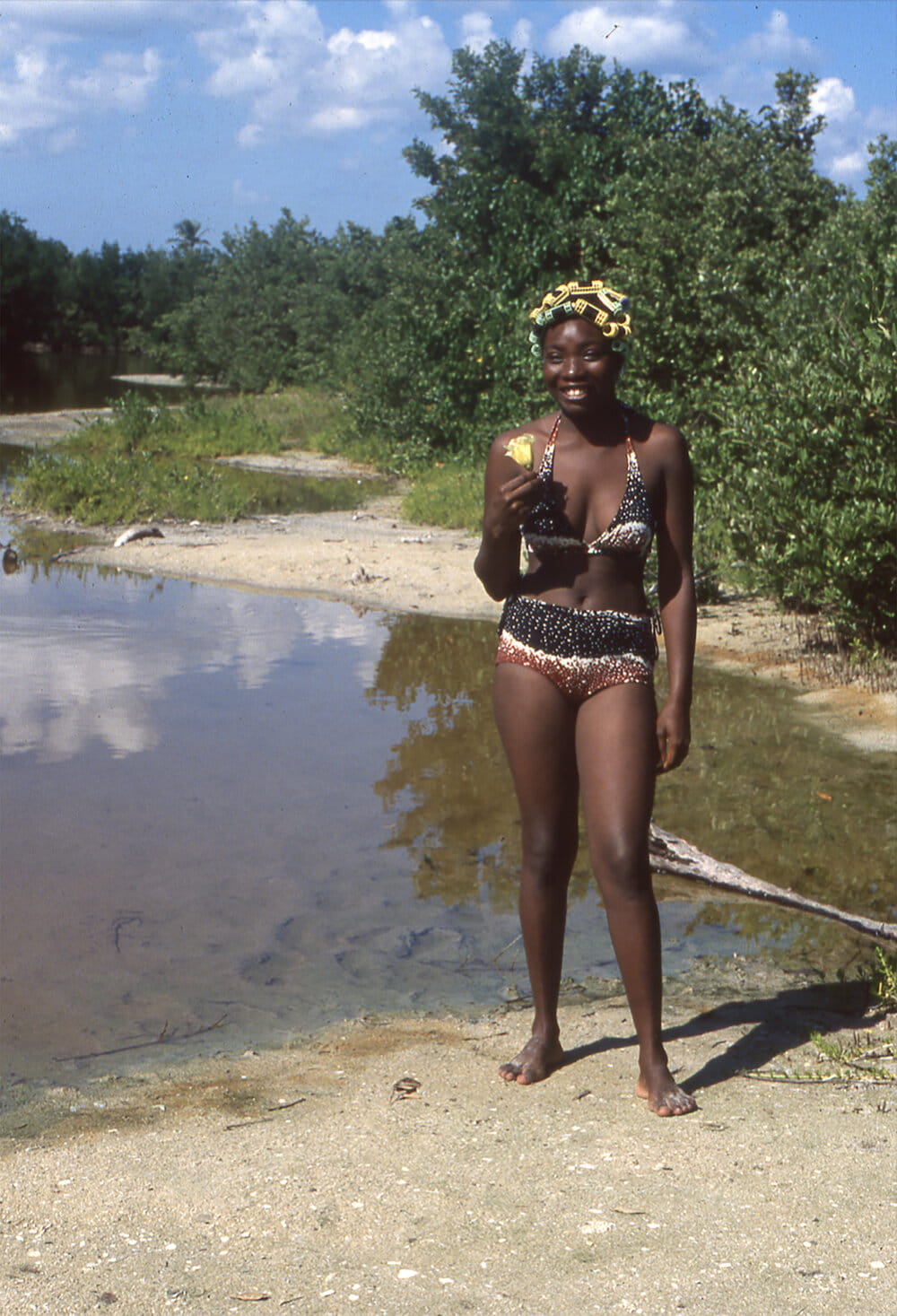 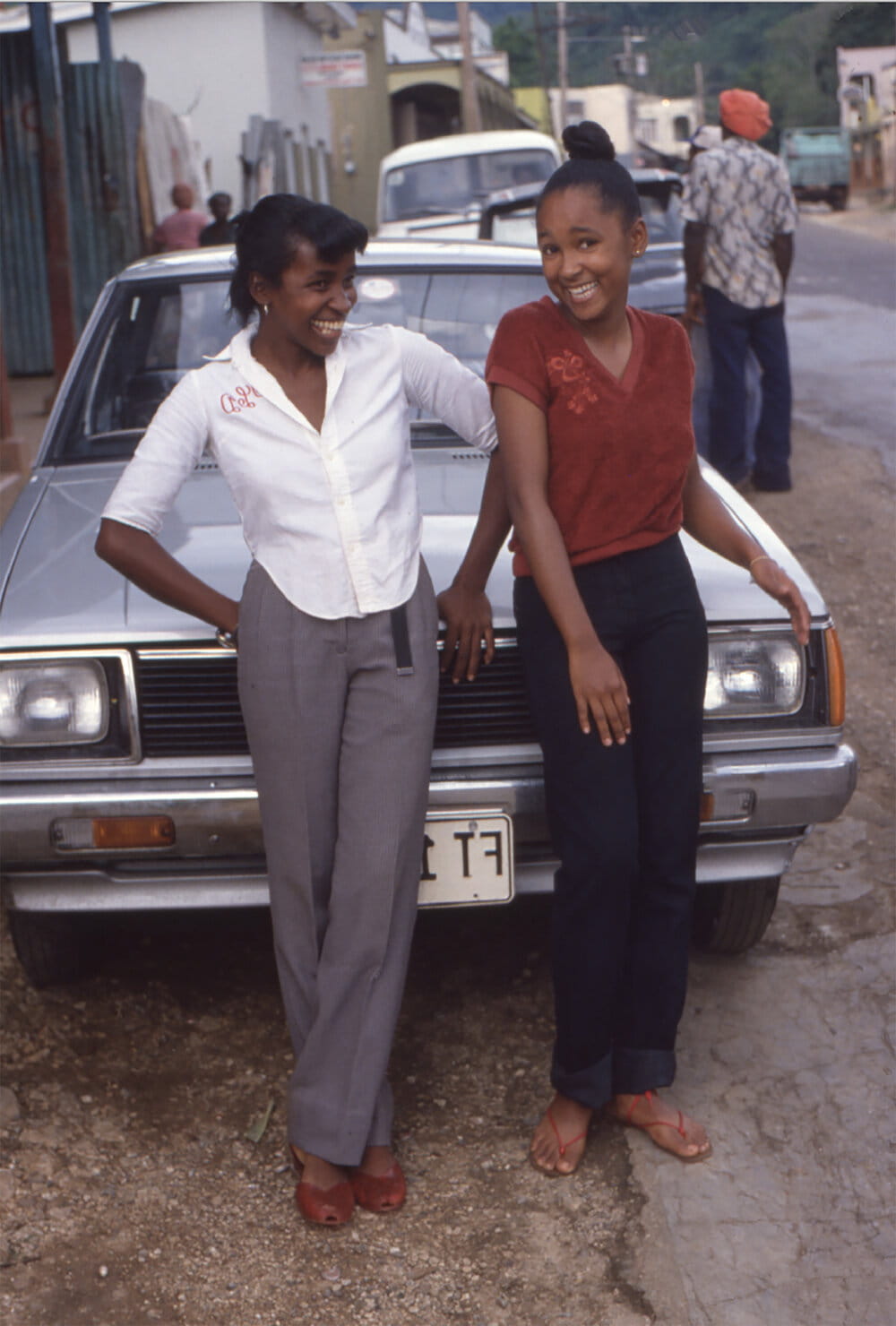 Out of Many, an exhibition at the Art Gallery of Ontario, paired Jorian Charlton’s own portraits with her father’s slides, creating a visual dialogue across generations.

“Black family albums are important because they make connections between the past and the present. It’s more so because much of the Black history has been erased. Also historically, Black people did not have the same access to photography as the rest. A Black family album is about family legacy and a way to preserve history,” Charlton says.

“I love taking photos of people in my community, to focus on Black people in the most authentic way possible and give them agency over their bodies and their personalities.”

Her father’s slides also rekindled an ambition Charlton first developed at Sheridan: to work with film. During the COVID-19 pandemic, when the world was almost at a standstill, she started to experiment with medium format film. She now shoots on film as she believes it allows her to be more ‘intentional’ in her work. She has also started to build an archive of her own for her two young children.

“I do want to document myself more with my kids. I can go through old family photos and see pictures of myself and my brother and my mom, and where my parents were before they came here. I'd like my children to be able to look back as well, and see photos of themselves as they are now,” she says.