Aminder Dhaliwal’s debut graphic novel is a dystopian story about the end of the world…for men, at least.

Woman World, which was released on Sept. 11, is about a world where a birth defect has wiped out the planet’s entire population of men. The novel follows a series of characters and storylines, tracking a group of women who have rallied together under the tribe “Beyonce’s Thighs.”

The concept was first developed on Dhaliwal’s Instagram account, launching in March 2017 with bi-weekly updates. In the months that followed, Dhaliwal gained an audience of 150,000 followers who waited anxiously for new Woman World posts. The graphic novel is a compilation of the Ignatz Award-winning cartoons.

While Dhaliwal has gained notoriety in the publishing world for her graphic novel, the majority of her days are spent in the television industry, working as a director at Disney Television Animation. Previously, she worked as a storyboard director at Cartoon Network and on the Nickelodeon show Sanjay and Craig. 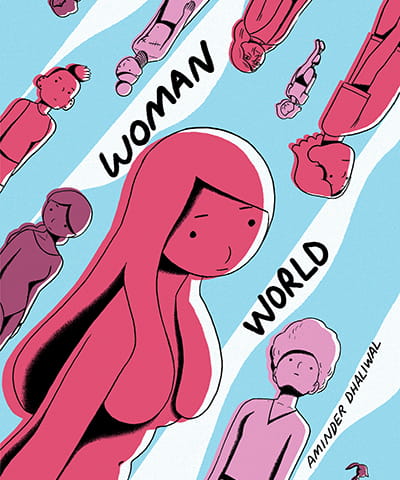 Aminder took some time to answer questions via email about Woman World and her career in animation:

What first sparked your interest in animation?

After high school I was thinking of studying graphic design and applied to a bunch of art colleges. I don’t know if I ever actually had any interest in graphic design, or if it was the only job I knew about for artists. While visiting college campuses, I attended an animation open house at Sheridan. Dave Quesnelle, [a professor of animation], was giving a talk about animating Belle, and mid-talk he started walking around, acting like a Disney princess. It was amazing, and I decided I wanted to dedicate my life to something that fun.

You moved to Los Angeles and began working at Nickelodeon immediately after graduation – what was the transition like?

Nickelodeon [visited] Sheridan in 2011 and accepted a bunch of students into its summer internship. I was a grad and I loved the idea of spending my first summer post-school in Los Angeles. While there, I was able to show my graduate film to some people at Nickelodeon, and was asked to test for storyboard revisions on some shows. I was hired and moved to LA right after my internship ended.

Moving is always hard…I’d say it takes a year to get to know a place. The first six months are lonely, but after that you start getting your routine into shape. My move down meant quite a few transitions — I went from student to professional, from snowy winters to non-stop sun, surrounded by friends and family to alone in a different country.

What does your average day look like at Disney Television Animation?

On an average day I get into the office at 9 a.m., get a cup of tea and take a look at the day’s schedule. If there’s a pitch coming up, I check in with the storyboard artists to see where we’re at and if there are any animatics due soon. I also check in with the revisionists and editors, and if an episode is about to be handed out, I do prep work to make sure my team is ready. I work on multiple episodes at once, so episodes will be in various stages. Voice records are also worth attending, and eating too much free candy is an absolute must.

What inspired you to begin Woman World?

Part of the inspiration was the Women’s March in early 2017. I was so inspired by all the lovely people around me — it was a wonderful and empowering day. Later, a few friends posted pictures on their socials — a picture of their signs, or a picture of the event in general — and instantly hateful comments popped up. It was so upsetting to see that reaction when the day had been so peaceful and lovely. 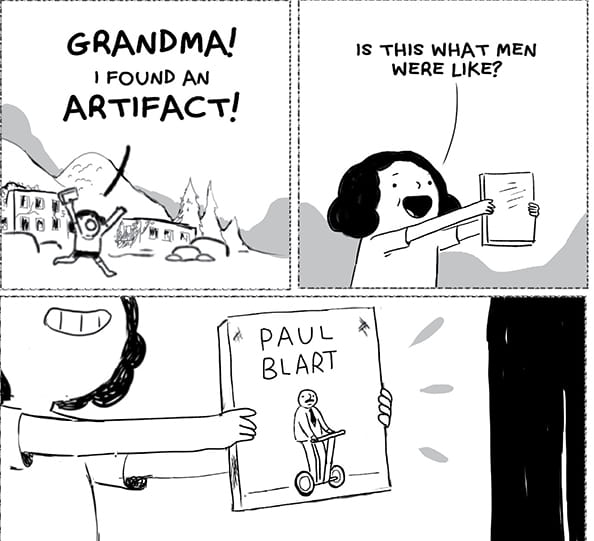 The comic blew up in popularity over a fairly short period of time – why do you think Woman World was able to find such a strong following so quickly?

I wish I could answer this…then I’d have the answer to making a hit! I don’t know if there’s a formula. Some things resonate at certain times, and Woman World seemed to sync up with the times.

How did you have to adjust your creative process when putting together the Woman World? Were there any similarities as to how you approached the work?

They’re quite similar except I have final say with Woman World.

What advice would you give to current animation students?

Make stuff. School will give you assignments, of course, but make stuff besides that. Graduate having made multiple films, not just your grad film and group film. You won’t learn until you have to do it.

This interview has been edited and condensed for clarity

SheridanCorporate and the Oakville Chamber of Commerce announce a new partnership to help Oakville businesses compete...