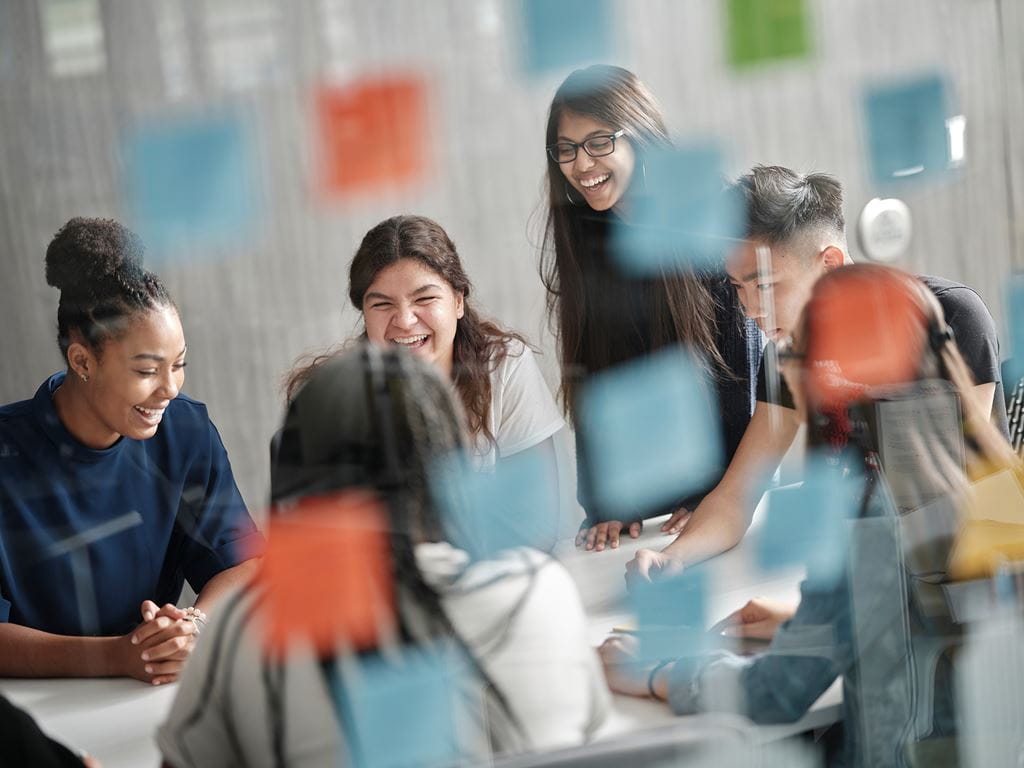 An initiative that combines Indigenous and scientific knowledge to address issues of climate change, a mobile skilled trades classroom, a virtual campus that makes postsecondary education easier to access, and a new ecosystem of learning were among the projects recognized at the Reimagine Pitch Event – the finale of Sheridan’s Open Innovation Challenge.

Over the past seven months, teams across Canada have been developing ideas for reimagining learning and education as part of Sheridan’s Open Innovation Challenge. Inspired by the United Nations Sustainable Development Goals and employing a human-centred design approach, individuals and teams were called on to contribute ideas via a range of mediums, grounded in the question: How might we collaborate within our communities to reimagine learning and education so that no one is left behind and all youth and adults can realize their full potential?

Across the three stages of the challenge, 205 participants created 95 teams and completed 45 projects. These were then narrowed down to ten finalists, who pitched their innovative ideas for making learning and education more accessible to a team of judges at a fast-paced, dynamic virtual event. Six awards were given out, totaling more than $50,000 in cash prizes.

Bonus Prize (given to a team of Sheridan students)

“The past year has shown that the education sector is not immune to deep-seated, systemic inequalities that make it far too difficult for many members of our community to access post-secondary education,” said Dr. Janet Morrison, President and Vice-Chancellor at Sheridan. “I’m inspired by the initiatives our finalist teams brought forward. They’re truly representative of the kinds of solutions we need to help unlock the power of education for everyone, and I’m excited to see how these ideas will be put into action.”

The winners were selected by an esteemed panel of judges that included Sandi Trillo, Senior Manager of Strategic Initiatives for United Way of Greater Toronto, acclaimed documentary filmmaker and Sheridan alumna Chanda Chevannes, and Community Investment Supervisor for the Region of Peel, Erica Opoku. The event was hosted by former radio DJ Charles Matthews.

The event was generously supported by lead sponsor TD Insurance, as well as The Personal Insurance Company, Merit Security and Cyber Air Systems Inc. It was hosted on the internationally recognized platform, Agorize.

Pictured above: representatives from each of the participating teams in the Open Innovation Challenge finale with event host, Charles Matthews Jr.