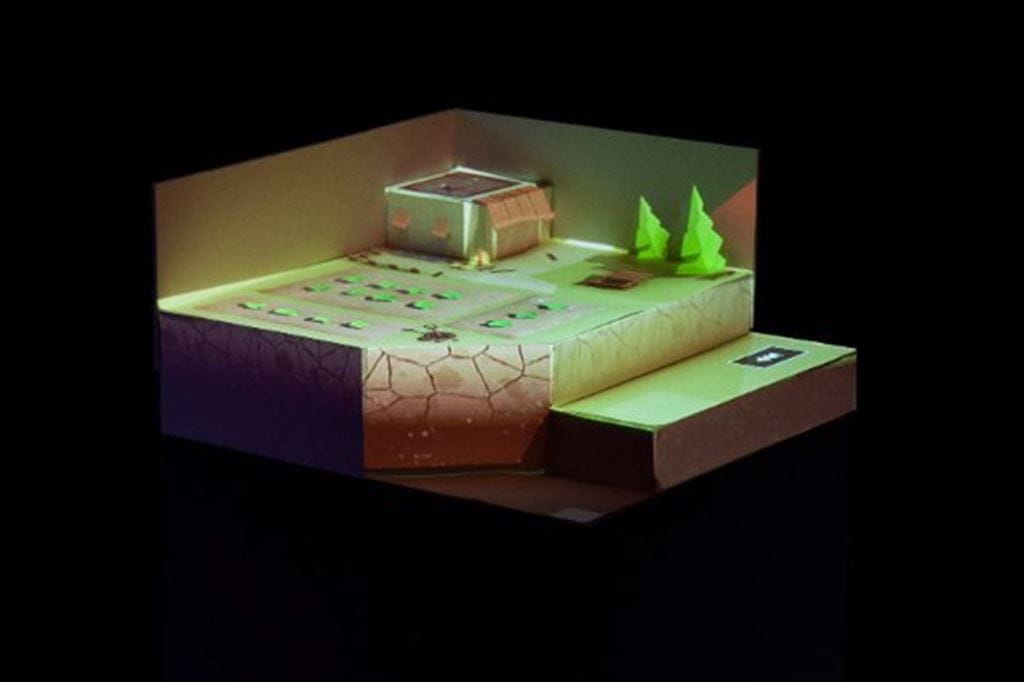 At the Intel University Game Showcase (IUGS) – a highly regarded game development event for post-secondary institutions across North America – a team of fourth-year Honours Bachelor of Game Design students from Sheridan was presented one of its top awards for their educational game LightFarm.

The seventh-annual IUGS marked the first time Sheridan was represented on the podium. It was also the first time it was held virtually, due to COVID-19-related restrictions. Previously, the showcase was part of the Game Developers Conference, a premier professional event, held in San Francisco, California.

LightFarm creators Ata Dogan, Sukhraj Johal, Tibi Leonov, Haoran (Peter) Lu and William Lu tuned in to the livestream from their homes across the Greater Toronto Area on April 30. They were eager to hear how their game would fare amongst 15 other post-secondary student teams. The competition was stiff. Sheridan students vied against prominent institutions including New York University, DigiPen Institute of Technology, The Savannah College of Art and Design and the University of Southern California.

When LightFarm was announced as the recipient of the Innovation Award by Chris Pirillo, Intel’s Chief Community Advocate for its graphics division, the Sheridan team was elated. “It just feels like all of our hard work was validated,” says William Lu. “We were in our heads for so long, questioning every decision and now I feel a sense of relief and pride.” Johal adds: “It’s such an honour to be able to represent Sheridan in an international competition. I’m so proud that we achieved this.” 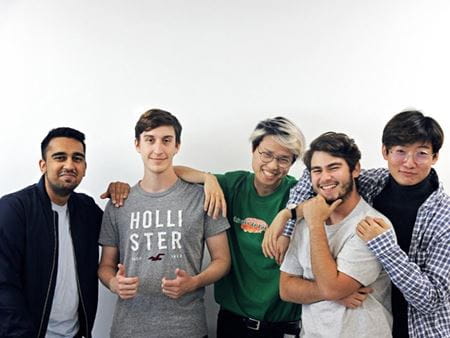 Dr. Jose Rueda, one of their professors in the Sheridan Game Design program, is proud of the students’ accomplishments, but unsurprised by their success. “Each member of the group represents the ideal student for our program – hardworking, resourceful, risk-taker, fast-learner, team-oriented and respectful,” he says. “A key quality is that they are excellent listeners, which allows them to take in all mentorship they receive, process it and apply it in their design projects.”

Creating LightFarm was no small feat. It was designed with a seemingly unlikely industry collaborator, Marcatus QED, a Toronto-based, global agri-food solutions company. “We undertook a design challenge to use games as a medium to help smallholder farmers in developing countries learn about complex topics related to sustainable agriculture,” says Leonov. “We were really drawn to this opportunity because it involves such a large scale, and our solution could make a real-world impact.” Dogan adds: “Designing games for entertainment is fun, but designing a game that could help people with their daily struggles was much more meaningful to us.”

In practice, users engage with visualizations that are projection-mapped on a physical object – a diorama – to learn about agriculture cycles when preparing soil and harvesting fresh crops, to solve puzzles related to best practices in sustainable agriculture and to learn how to make tough farming decisions that ensure the long-term sustainability of the farm. “Distilling sustainable farming practices into a simple, yet engaging interactive experience was a challenge,” says Peter Lu. “We also had to focus on making this game as accessible as possible and figure out how to design this so it can be deployed in workshops around the world.”

Their Sheridan mentors including Rueda, Max Piesner, Andrew Carvalho, Raphaël Tetreault, Jeffrey Pidsadny and Nicolas Hesler, saw the students’ design develop in leaps and bounds from the first prototype to what was presented at IUGS. Team members spent countless hours in the studio, each bringing their areas of expertise in UI/UX, programming, art, and AR/VR to the project and navigated the integration of a variety of cutting-edge hardware and software. “We are so grateful to the entire game design faculty at Sheridan for their support,” says William Lu.

On the livestream, Pirillo read some of the judges’ reasons for selecting LightFarm, noting its effective blend of interactivity between virtual and physical objects to address real-world situations. The judging panel included six experts from big-name game development studios: Riot Games, Bungie, Unity, Epic Games, Intel and SideFX. A prize to accompany the Innovation Award will be announced later.

This isn’t the first time Sheridan Game Design students have been recognized on big stages. Last year at the IUGS, when Canadian post-secondary institutions were eligible to participate for the first time, a team from Sheridan was selected as finalists. They showcased their game, Mission Control, designed in response to a design challenge by the York Regional Police. Sheridan has also placed well at past LevelUp Competitions in Toronto and Ubisoft’s Future Women in Games and NEXT Competitions.