As Chancellor, Ms. McCallion will serve as ceremonial leader of the institution, and will preside over Sheridan’s annual Convocation ceremonies.  She will be formally installed as Chancellor prior to the first Convocation ceremony scheduled to take place in June, 2016.  The Chancellor is a voluntary, unpaid role, with a term of three years.

“We are proud to honour Hazel McCallion by naming her as Sheridan’s inaugural Chancellor,” said Dr. Zabudsky.  “She has long been an advocate for us in Mississauga, and she continues her support for us as Honorary Chair of our Get Creative Campaign Advisory Committee.  We can think of no one better suited for this role, and no better ambassador for our institution.”

"I look forward to helping put Sheridan College even more prominently on the world map," said Ms. McCallion. "It's the most progressive postsecondary institution in Canada and I'm proud to be its inaugural Chancellor."

The appointment of a Chancellor is also a milestone in Sheridan’s journey to become a university – a vision it formally adopted in 2011.  Since that time, Sheridan has implemented a new governance model with the establishment of the Senate, a body with authority over academic decision-making.  The Chancellor is another feature of this governance model, which aligns with the model commonly in place at Canadian universities. 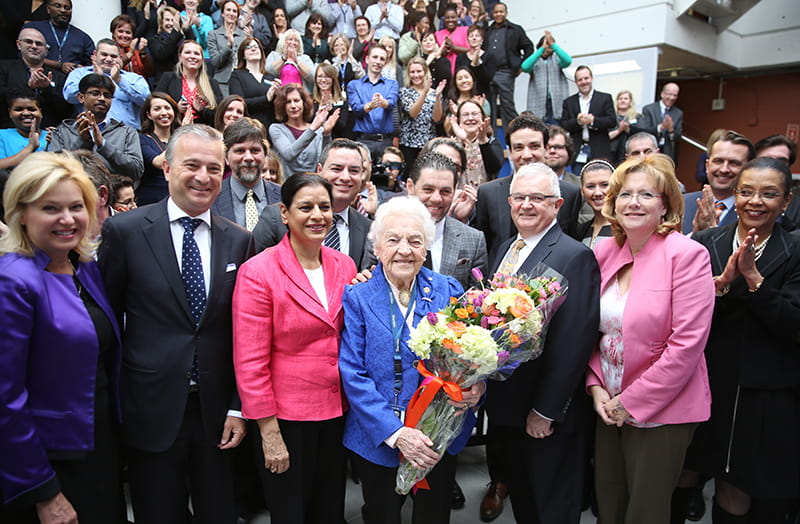 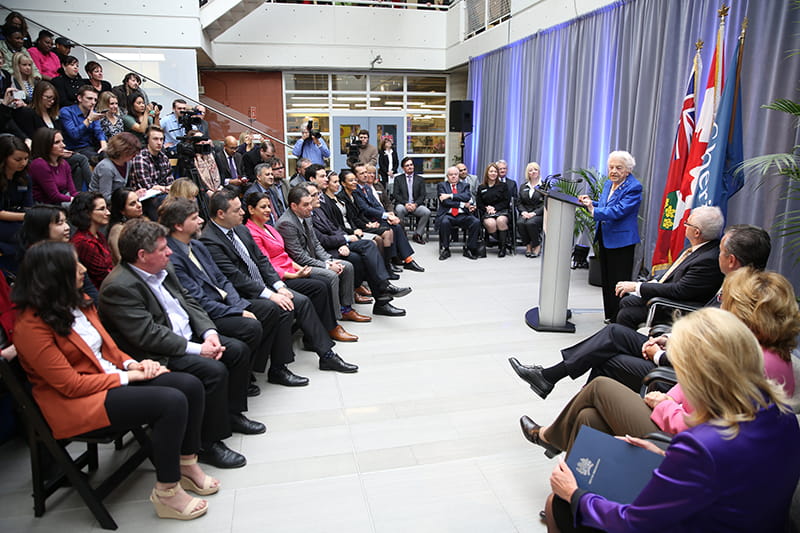 Chancellor-designate Hazel McCallion addressing the audience at the announcement at Davis Campus.

Passion for teaching that shines in the classroom – and on TikTok

If you’re among the thousands of students who have enjoyed learning from Robert Tkach over the past 40-plus years, you owe a debt of gratitude to an old Hamilton steel mill.

Supporting Indigenous students at a distance during the pandemic

The sudden shift to remote learning necessitated by the global COVID-19 pandemic has posed a host of challenges for learners...