Students gathered at Sheridan’s Davis Campus in Brampton on the weekend to participate in the first-ever socially-responsible Sheridan Hackathon.

Sponsored by Datawind, IEEE, ACM, HalTech and Pro Quest, the Hackathon, an event where participants develop and code an application over the span of a weekend, brought students with varying skill sets together around the theme of empowering communities. Over two days of collaboration and development, 22 students, making up a total of five teams, worked enthusiastically to execute their ideas around helping others in their local or global communities.

Co-hosted by Sheridan’s School of Applied Computing faculty and the Sheridan Library, the event provided participants with the opportunity to network with their peers, learn from the expertise of both computing and business faculty, and to pitch their ideas to industry and college partners.

Some of the participants met their team members for the first time at the event, and 16 hours later, had developed a piece of software. “This event brought together people from all parts of the Sheridan community and provided them with the opportunity to engage, empower, educate, encourage and enable,” said Philip Stubbs, Associate Dean of the School of Applied Computing at Sheridan.

The winning design, awarded a $500 cash prize, was called Rentify, an app that brings people together to facilitate renting a product or to provide a service. It was selected as the prize-winning design because it was the most developed over the two days. Other apps that were designed include a safe travel app using GPS tracking, an alarm app for safety, and a global sickness app that tracks outbreaks of diseases around the world.

The creators of the Rentify app and the second- and third-place app designs met with sponsor Datawind to discuss further developing and refining of their apps with the possibility of including them in their app store. All participants have been offered support by HalTech, a centre of technological entrepreneurship and a Sheridan partner, to continue developing their apps and other new ideas. 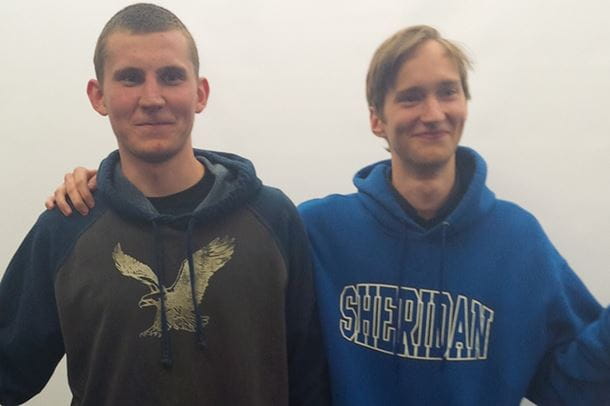