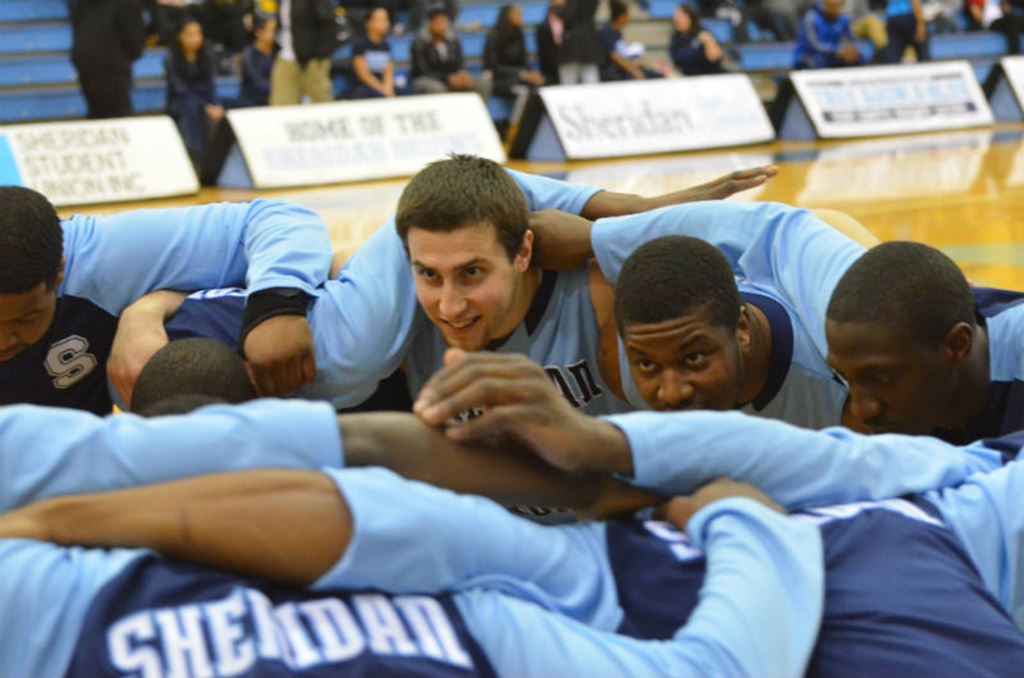 The exciting 76-75 win against the Algonquin Thunder clinched the Bruins’ second-straight provincial title, earning their place in the CCAA tournament to represent Ontario on the national stage.

The action starts today with the Bruins tipping off against host school Quest University in Squamish, British Columbia at 6:30 p.m. PT.

Competition runs through to Saturday, March 15. After today’s quarter-final matches, the semi-final games will be played Friday evening, and the tournament wraps up with the championship game at 8:30 p.m. PT on Saturday.

Eight teams from across Canada including the Sheridan Bruins will play for the CCAA men’s basketball title. The Bruins’ competitors include the Langara Falcons, the Red Deer King, the Vanier Cheetahs, the Holland Hurricanes, the Crandall Chargers, the Quest Kermodes, and the Concordia Thunder.

To watch the games live or to find out results, please visit: Sports Canada TV

The schedule is as follows (all times PT):