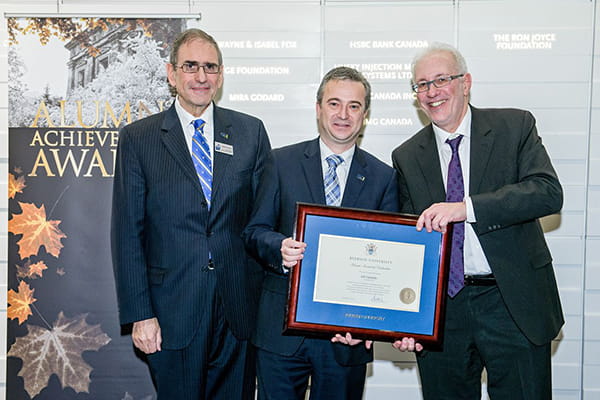 The Alumni Achievement Awards are presented annually to outstanding Ryerson graduates who have excelled in their careers and have made a significant contribution to their profession, their community and their country.

Prior to joining Sheridan, Dr. Zabudsky worked at postsecondary institutions in Nova Scotia, Ontario and Alberta, including six years as President and CEO of Red River College in Winnipeg, Manitoba.  He is actively engaged in the communities served by the college, serving on numerous boards and lending his leadership support to community initiatives such as the United Way.