Sheridan film graduate is a winner in prestigious international competition

Sama Waham, a 2012 graduate of Sheridan’s Advanced Television and Film program, has won a prestigious Award of Merit

For Immediate Release: December 6, 2012
Oakville, ON

Sama Waham, a 2012 graduate of Sheridan’s Advanced Television and Film program, has won a prestigious Award of Merit from the Accolade Competition. The award was given for Waham’s documentary film, Resight, which she wrote, directed and produced during final semester at Sheridan with the support of a crew of fellow students.

Resight is a short documentary film about art, vision and blindness that invites the viewer to reconsider the notion of disability and look at differences with an empathizing eye. The film tells the story of a visually impaired artist who challenged her boundaries and successfully pursued her aspirations, as well as a number of supporting characters who help turn the story into a cinematic tale of an interdisciplinary artistic vision.

“I’m honored to have received this award from such an internationally acclaimed film competition. It’s wonderful recognition to say the least, and I share it with every teammate and crew member who worked on this film,” said Sama Waham. 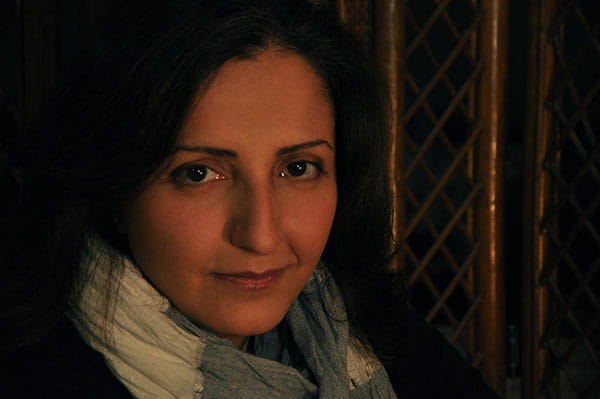 The Accolade Competition recognizes film, television, videography and new media professionals who demonstrate exceptional achievement in craft and creativity, and those who produce standout entertainment or contribute to profound social change. Entries are judged by highly qualified professionals in the film and television industry. Information about the Accolade and a list of recent winners can be found at www.theaccolade.net.

The Sheridan Advanced Television and Film Studies Program (ATVF) provides a benchmark of excellence for film schools in Canada. Our student work consistently wins awards at film festivals in North America and internationally, and our graduates continue to achieve professional and artistic success.

ATVF integrates the practical, technical and creative aspects of television and film studies while providing direct, industry-relevant experience. Students develop their creativity while gaining the specialized skills needed to bring ideas and vision to life on the screen.