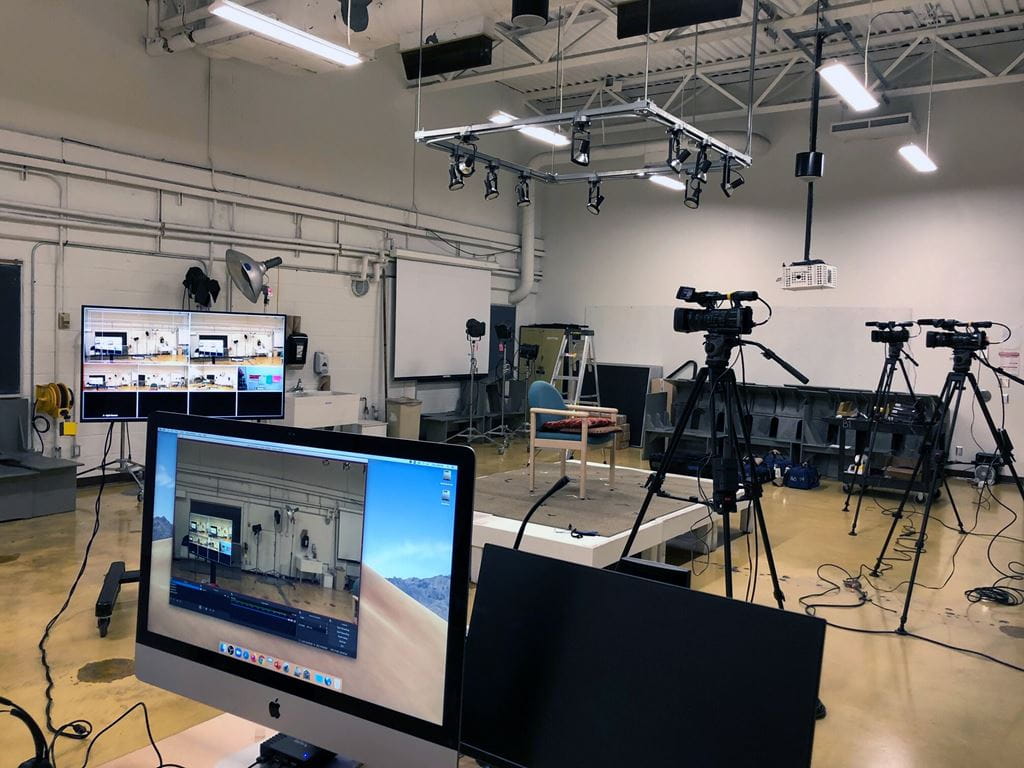 Throughout his first 30 years as an Illustration professor, Joe Morse might have cringed at the thought of using cameras as a teaching tool.

"Drawing from a camera is like drawing a person smushed up against a plate glass window," says the veteran coordinator of Sheridan's Honours Bachelor of Illustration degree. "Everything has the same level of detail, the same value level. That's not how our eyes see things, but it's what the camera sees."

It's why the program's admission requirements insist student portfolios contain only drawings done from in-person observation, not photographs. It's also why Sheridan's Trafalgar Campus features what Morse considers some of the best drawing and painting studio spaces in North America, complete with 27-foot ceilings, northeast-facing skylights and an extensive collection of skeletons, taxidermy, costumes and props. "The models we use are the best I've ever worked with as well," adds Morse, a two-time honouree in the Luerzer's Archive directory of the 200 Best Illustrators in the World and whose clients include Major League Baseball, Nike, Universal Pictures and Target.

However, Morse and his colleagues had to pivot their stance on cameras this fall when the COVID-19 pandemic forced them to teach Illustration remotely. Suddenly, cameras went from being their enemy to their friend — or, at least, an ally. "I told students on the first day of class, 'Look, cameras aren't ideal, but we're going to beat them,'" Morse says. "'Because we've got ideas.'"

Transforming observation from physical to virtual

Those ideas first started flowing during the summer when Morse and painting professor Ted Zourntos surveyed how other institutions were teaching art online. "We wanted to see whether their methods were innovative or even working, and we found that most of them weren't," Morse says. Adds Zourntos, also a practicing artist who has had two articles published in the Journal of the National Art Education Association: "We knew we couldn't simply present an image of a model online for students to draw, because a one-dimensional perspective doesn't even come close to the in-person experience. We had to find a way to utilize the camera as a device to deconstruct the pose and offer students the opportunity to more fully understand and interpret the human form."

"We had to find a way to utilize the camera as a device to deconstruct the pose and offer students the opportunity to more fully understand and interpret the human form." - Ted Zourntos

In order to do that, the duo concluded after speaking with Illustration professor Kathryn Chorney and several other faculty members, they needed to deliver multiple viewpoints that would help students observe their drawing subjects from a variety of angles — much like they would in class. "In a physical space, you're always seeing things peripherally. Your head moves and turns, you move forward or backward, you may lean into something or look around the side," notes Donna Braggins, Associate Dean of Design, Illustration and Photography in the Faculty of Animation, Arts and Design. "The two-story stands in our studios are also very important to illustrators because they allow them to observe things at different levels, which impacts how they perceive things." 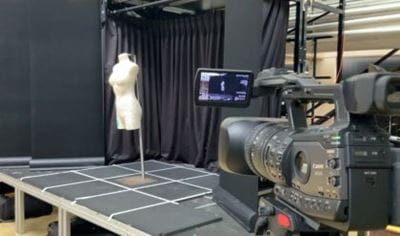 A video camera provides a side view of a mannequin.

For help delivering those multiple viewpoints, Morse and Zourntos turned to faculty and staff from Sheridan's Bachelor of Film and Television (BFTV) degree, who suggested approaching remote delivery of Illustration courses as if it was a TV show. BFTV technologist Souren Dermentijian worked with Illustration Mac Technologist Graham Gentleman to build a broadcast environment within the drawing and painting studios, allowing professors to record footage of subjects from a variety of angles. That footage is then uploaded and edited into video files that are live-streamed on Zoom, enabling students to observe their subjects from the front and side while simultaneously viewing a 'demo cam' that shows their professor drawing or painting the same subject.

"To make this work, we needed an incredible amount of support. There were so many moving parts and so much to learn in a short period of time," says Morse. "Graham was an absolute rock, our bridge as a technologist who understands Illustration's needs and culture. Donna has been phenomenal. And on top of following COVID-19 safety protocols like using separate keyboards and an anti-bacterial mouse, our faculty had to quickly get used to all of these high-end cameras and screens and buttons. It's often felt like we are part of a production."

"To make this work, we needed an incredible amount of support... It's often felt like we are part of a production." - Joe Morse

The plan also required co-operation from the life models, who were concerned about protecting both their privacy and their intellectual property. The college worked out an arrangement in which models would wear cover-ups, images would only be shown with the models' permission, and video recordings would only be streamed live and then deleted at the end of the semester. "They're such a critical part of our learning," Morse says of the models, "and we've found a way to provide them with passive income."

Viewing cameras through a different lens

Ask Morse for his opinion on cameras now and you'll get a completely different perspective. "The ability to provide students with multiple simultaneous viewpoints is awesome," he says. "It really allows you to demonstrate things clearly and evidently in just a two-minute exercise."

There have been other benefits of remote delivery as well. Professors can use various filters and programs to amplify or emphasize certain attributes of a subject, recordings of models can be looped to extend poses that are more expressive and complex, and Sheridan purchased licensing to an online service that provides students with after-hours access to feeds of life-drawing models. There was even an occasion where Trafalgar Campus was closed due to a power outage in the area, but students were still able to continue learning online via their live-streamed Zoom lecture. 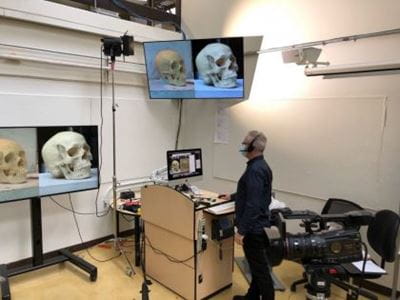 "I've done many portraits of celebrities and sports figures without meeting them in person, working instead from multiple photographs," adds Morse. "We're giving our students some knowledge and information about how to work with different kinds of media that they'll likely have to work with again at some point in their careers."

"I never would have thought that live-streaming three-hour Illustration courses this way would have done so well," Gentleman admits. "The students have been so engaged. The models have responded well. It really seems to be working out, and that's probably been the coolest thing to witness in all of this."

So are Sheridan faculty suddenly embracing cameras and screens as the future of Illustration education? Not exactly. "The pandemic has forced us to find a different way to teach Illustration, and that has provided students with new experiences they wouldn't have otherwise had. I also think we've learned some interesting things about technology that may be able to complement our studio settings," Morse says. "But Illustration is so much about being present. Our eyes are incredible for the amount of colour and detail they can perceive when we're in a room. Plus, when you're in the studio, there's a special kind of energy."

Braggins agrees. "This is not replication or simulation. It's innovation within alternate delivery and teaching our students - the people who represent our future - through screen-based experiences has value," she concludes. "Watching Joe and his team go through this journey, I've been so impressed with how they've dealt with these theoretical methodologies and translated them into a virtual world so we can still teach students key foundational principles through multiple views of form."

Pictured at top of page: Cameras and screens are set up throughout the drawing studio at Sheridan's Trafalgar Campus to provide Illustration students with multiple viewpoints. Photo by Joe Morse.

Written by: Jon Kuiperij, Marketing Copy/Content Writer at Sheridan. All other photos by Graham Gentleman.