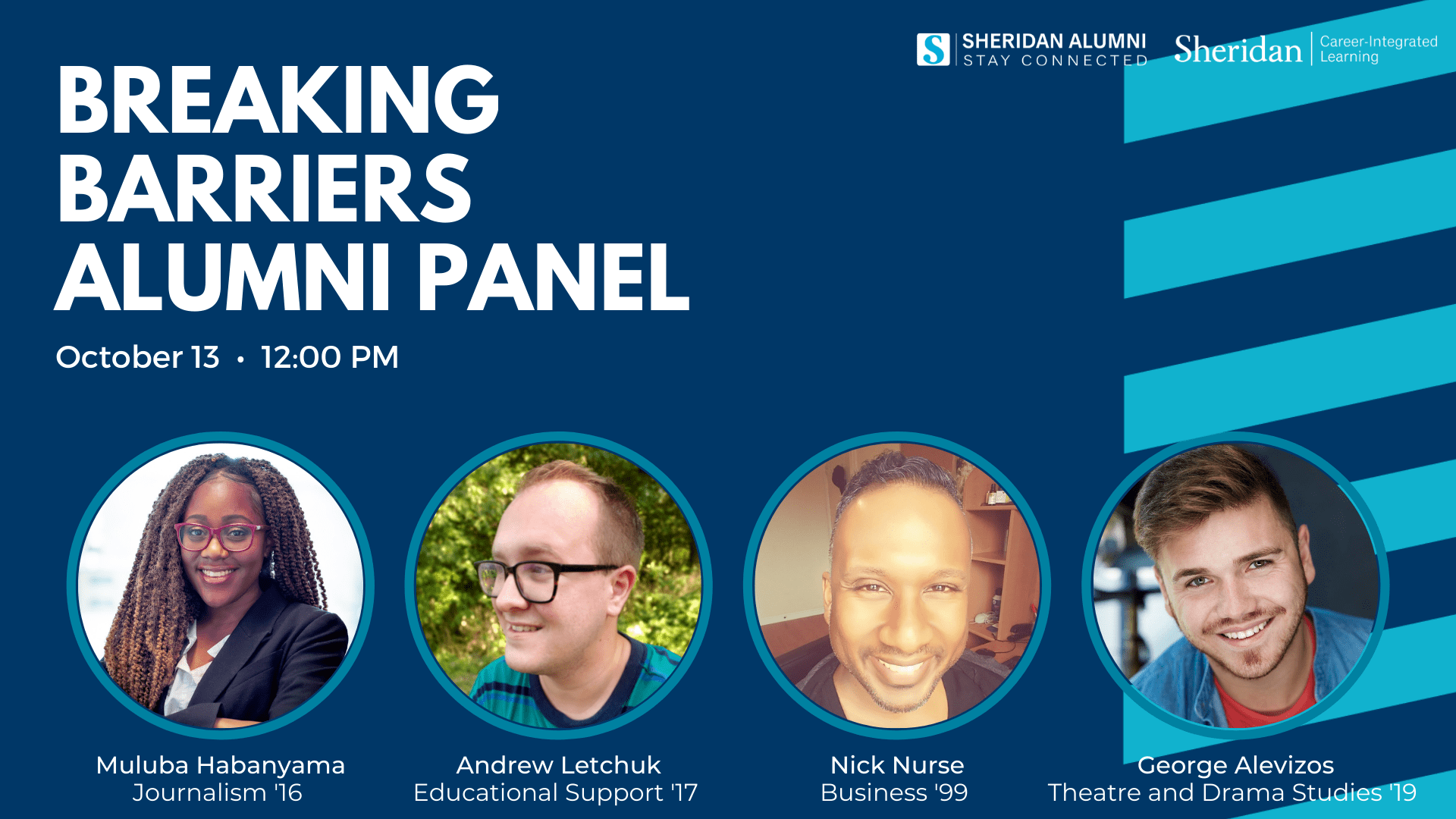 Join us on Wednesday, October 13th for ‘Breaking Barriers’ - a panel discussion on breaking barriers in the workplace. Connect with alumni who are committed to promoting equity, diversity, and inclusion within the workplace as they share their experiences, success stories, career advice, and how they overcame obstacles throughout their journey. Learn about the importance of advancing the dialogue to overcome and break down identity-based barriers to employment and career success. Muluba is a 2016 Sheridan College graduate of the Journalism program. Since graduating, she has been published in Flare magazine, Huffington Post Canada, MTV and more. She works in communications and hosts her own podcast “The Muluba Show”. She is an activist who educates on HIV and promotes change within systems. 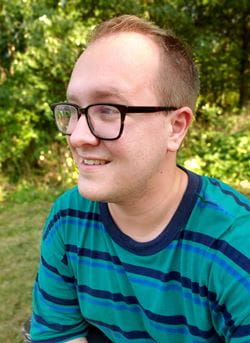 Andrew is currently enrolled as an undergraduate in the School of Disability Studies at Ryerson University. He is a 2018 graduate of the 2-Year Educational Support program at Sheridan College. As an individual living with Autism, becoming actively involved in the field of disability studies makes him feel that he is truly part of the community that engages in disrupting social, cultural, economical, and political barriers. It accepts his identity for who he is as a person. Andrew recently launched his own podcast series: Our Voices - Conversations of Disability. It focuses on the discourse of acknowledging the voices of people with disabilities and to open critical conversations on imagining an inclusive barrier-free society that accepts diverse identities. Nick began his career in banking as a teller at TD Bank in the early 2000s and earned a degree in Management and Enterprise Development from Ryerson University in 2003, after graduating from Sheridan with a diploma in business. Since then, Nick has held progressive roles in retail banking at TD, including Financial Advisor and Branch Service Manager. In 2015 Nick made a transition to corporate HR and supported multiple teams including Employee Programs and Leaves Management. Recent positions include strategy roles in Organizational Effectiveness and Wellness Benefits. His work in Diversity and Inclusion (D&I) over the years, as well as his own lived experiences, have broadened his understanding of social justice issues in the Black, LGBTQ2+ and Indigenous communities. This led to him to lend consultant support for TD's Gender Identify Evolution Management (GIEM) project in 2019.  In May of 2021, Nick was able to contribute his talent in D&I strategy and planning to the successful execution of TD's Red Dress Day event featuring notable Indigenous activist, Sheila North. In addition, he is a 2021 mentor with TENT partnership for LBGTQ2+ refugees and creates written content for the Black Employee Network at TD. Other notable external organizations that Nick has partnered with are the Aids Committee of Toronto and Pride Toronto. Nick has enjoyed travel to Italy, Spain, South America, Barbados, Cuba and Mexico and is able to communicate in basic written and spoken Spanish. He enjoys delicious food from around the world, 70s/80s music with a special affection for Latin jazz, human interest stories in cinema, personal writing projects and has an organic/holistic approach to physical/mental health and well-being. He lives with his partner in Toronto, Ontario.

George is a professional actor living in Toronto. Being a graduate of the joint Theatre and Drama Studies program with the University of Toronto/Sheridan College, He has gone to work on multiple on camera projects including a guest starring role on the CityTV hit show Hudson and Rex and being featured on CBS’s Star Trek Discovery (among commercial work). On top of his on-camera roles, he’s gone to work with many live theatre companies in Ontario including Drayton Entertainment, Cahoots Theatre, LemonTree Creations, and he’s currently working with the company Shakespeare in the Ruff. Being the first graduate in a wheelchair of any professional training program in the country, he is a huge advocate for actors with disabilities in the industry, and will continue to fight until there is proper, and equal representation amongst all minority groups.