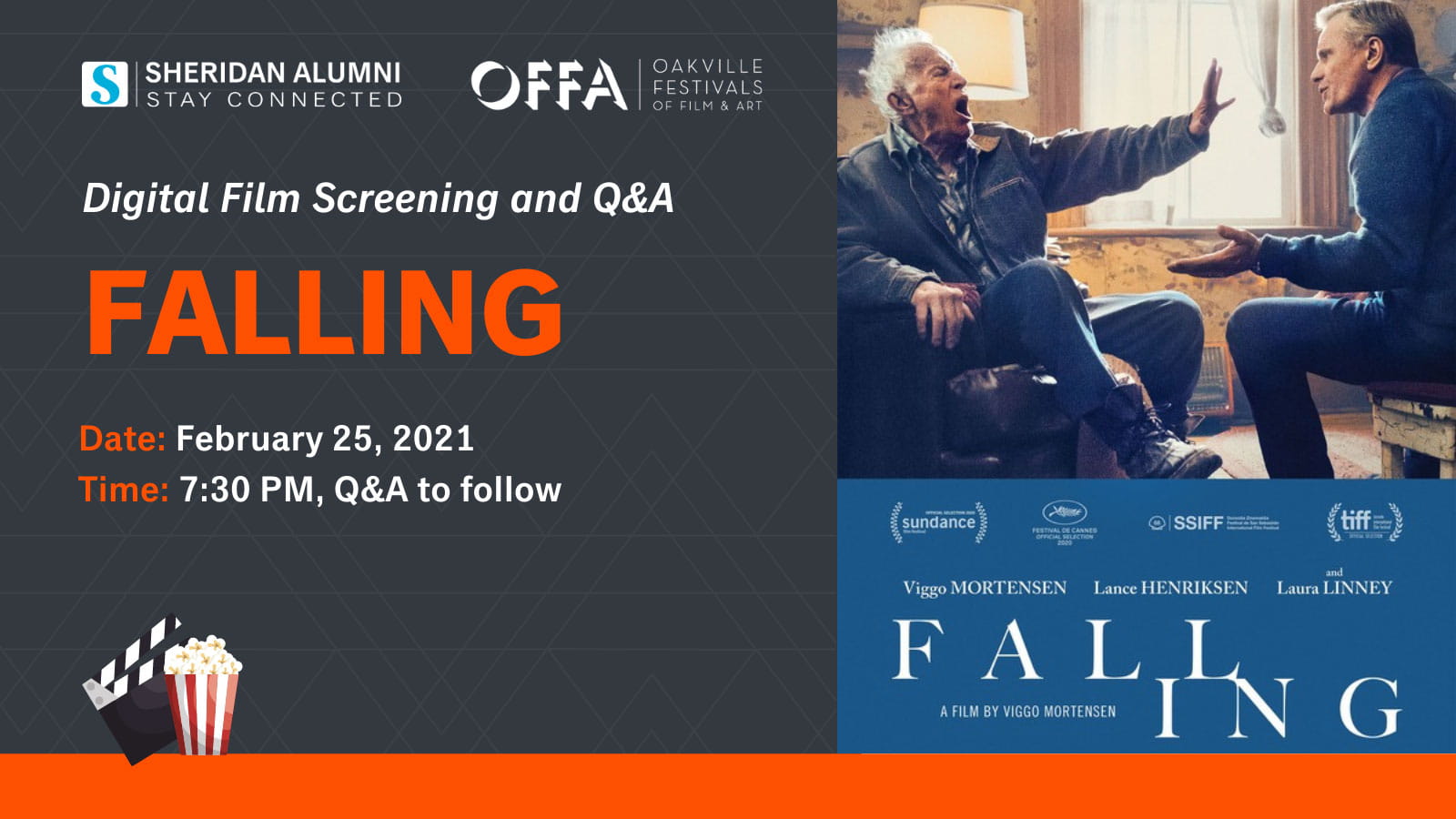 Enjoy a Sheridan Alumni movie night in the comfort of your own home!

In collaboration with our community partner Oakville Festivals of Film and Art (OFFA), we bring you a film screening of Falling.

In his feature directorial debut, Viggo Mortensen stars as John, a gay man who lives with his partner, Eric (Terry Chen) and their daughter, Mónica (Gabby Velis), in California, far from the traditional rural life he left behind years ago. Meanwhile, his conservative father, Willis (Lance Henriksen), lives alone on the isolated farm where John grew up. In the early stages of dementia, Willis is brought to John's California home to help him relocate. Unfortunately, their best intentions ultimately run up against Willis' adamant refusal to change his way of life in the slightest.

We are excited to bring back (on Zoom!) Third Assistant Director Elizabeth Lee (Advanced Television and Film ‘13), along with special guest Viggo Mortensen, the Director, Writer, and Star of the film.

The link for the film and Q&A will be sent in your confirmation email.